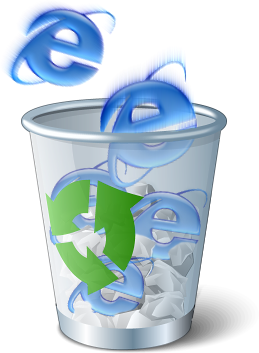 In a statement, sent to domain administrators using Google Apps, Google demonstrated that it was, in fact, willing to stop all its applications from supporting Internet Explorer 6.

According to the statement, in addition to Docs and Sites no longer support IE6 on March 1st, Gmail and Calendar will follow suit. The company claims that, with the technological advancement of browsers, which include new standards with HTML5, in addition to faster processing of JavaScript, it intends to improve its products and offer more sophisticated features.

This week, users of Docs and Sites, who still use the old version of Internet Explorer, will begin to see a message from Google explaining about the change and asking them to update their browsers. The company promises to display a new alert closer to March 1.

Also according to the statement, Google Apps delivered, in 2009, more than 100 improvements that improved the user experience with the company’s products.

The question that remains is: why, until today, Microsoft has not extinguished IE6 on users’ machines? Is there, in fact, the need for a giant like Google to clash with the Redmond company in order to remove the arcane, vulnerable and feared (by web designers) IE6, definitely, from the air?