This week, two allegedly confidential examination images of the late cofounder and former CEO of Apple began to circulate, Steve Jobs, shared by WikiLeaks after the arrest of Julian Assange. These so-called California Pacific Medical Center exams show that Jobs had HIV status (which is HIV), which is different from having AIDS. To be? 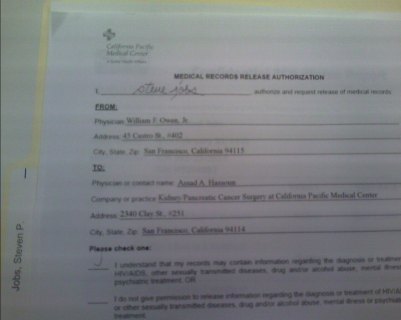 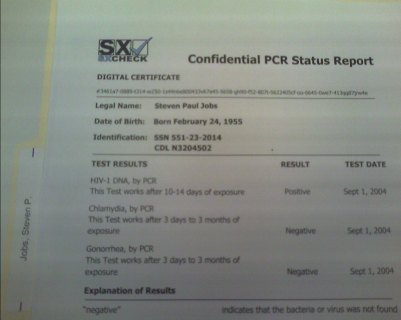 First, let's get to the facts: none of this is new, quite the contrary. WikiLeaks released this information in January 2009 when the executive was still alive as he passed away in October 2011.

And you don't have to work hard to question such exams. WikiLeaks itself did this in its news brief, which we translate below:

HIV results from SxCheck are dated September 1, 2004. Although the SxCheck website was not launched until 2006, its Adult Industry Medical Health Care Foundation company has been around since the 1980s. the results are a reprint of previous tests associated with your company me. The SxCheck website speaks of “decades of experience”.

A close inspection of the second image reveals that Mr. Jobs's personal details are slightly misaligned and do not follow the perspective of the surrounding text. "Born" (Born) in the “Date of Birth” field (Date of Birth) is also unusual, although it is not in itself a proof of false document.

The social security number, on the other hand, has a valid structure and was issued in California, although it is unknown whether it is from Mr. Jobs.

Due to contradictory dates, possible evidence of forgery, strong motives for manufacturing, and few motives for legitimate disclosure, the images should be questioned.

At the time, Thomas Claburn (today reporter of The register) wrote an article for the InformationWeek "Wikileaks owes Steve Jobs an apology." In it, Claburn said he respected the “journalistic principles that Wikileaks upholds”, but questioned whether the site “has made itself and journalism a disservice” by publishing images intended to show part of the Apple CEO's medical archive, one being recognized as false and the other considered quite suspicious remembering that these images appeared in the iReportof CNN, same vehicle which stated that Jobs had suffered a heart arch.

Now, if WikiLeaks itself makes it clear in its summary that the images (hence the news itself) must be questioned, why publish something like that? Especially after raising the possibility that such manipulation could have been the result of a maneuver to make Apple's actions lack, as the summary itself indicates.

Claburn, by the way, asked a spokesman for the US Securities and Exchange Commission if the regulator was investigating the potential relationship between such rumors and attempts to sell Apple shares, but nothing was commented.

At the time, the journalist also did something simple that anyone could have done: compare Jobs's signature on such an examination with those of Apple's co-founder. And the difference, as we can see, quite big. 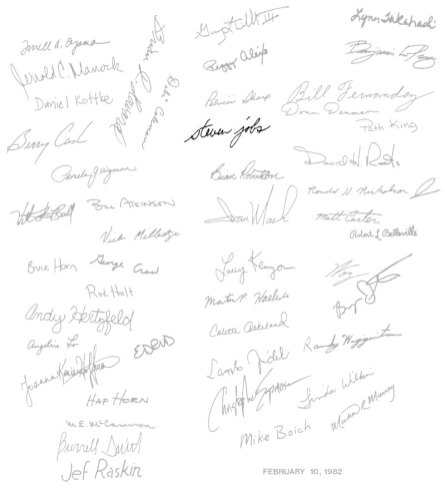 Actual signatures of Steve Jobs compare to the exam (at the beginning of this article).

Such a significant statement (remember that Jobs was alive and still in front of Apple at the time) should have been much sharper by WikiLeaks before shared with the public. “There is already a lot of misinformation online; Wikileaks should not be spreading further, ”Claburn said in 2009.

We changed the text and corrected the AIDS-related information. vs. HIV positive. Thank you all for the alert!