The term sadfishing (a combination of "sad" and "fishing") is used to describe situations in which people vent about mental health issues in order to attract the attention of followers or gain likes. The tactic, which has already been used by celebrities such as US model Kendall Jenner, has become increasingly common on social networks.

On Tuesday (1), a survey released by Digital Awareness UK (DAUK) drew attention to the phenomenon by pointing out that young people accused of sadfishing are victims of bullying and cyberbullying. According to DAUK, the popularization of the trend can damage the mental health of children and adolescents who truly suffer from gender problems. Learn how to identify sadfishing posts and understand the consequences of this practice below. 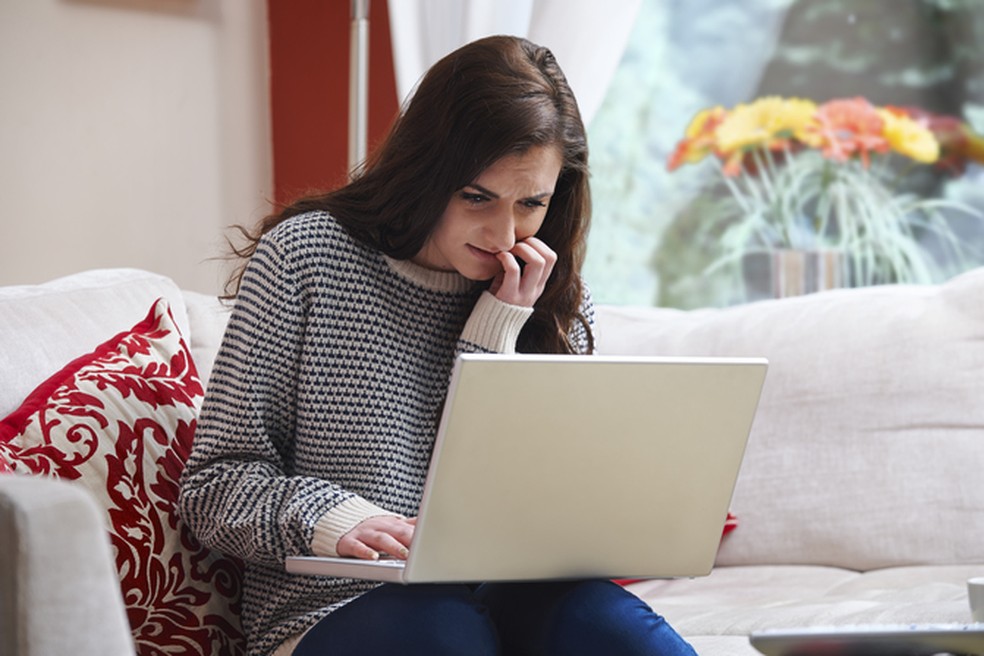 Social networks have always been considered a space intended solely for displaying a perfect and happy life. However, since the trend of Fake Instagrams (or Finstagram), private profiles used to post photos of sad or even awkward moments, other types of content have gained prominence on the platform.

Coined by the British newspaper Metro News, the term sadfishing gives its name a growing tendency, led mainly by celebrities, to expose suffering and personal problems on the Internet to attract likes and comments. Unlike posts on Finstagrams, however, sadfishing publications often feature a glamorized version of sadness.

On Instagram, the trend manifests itself mostly from sad but aesthetically pleasing photos. Black and white or cold-toned filters add a melancholy image beauty, which can be accompanied by hashtags like #SelfCare and #MentalHealth.

It is also common for posts to hide details of the situation to arouse the curiosity of followers and induce them to post comments or private messages. In some cases, the problem may even be presented bigger than it really is. In less visual social networks such as Facebook and Twitter, the tactic is repeated.

In January this year, a short video posted by US socialite Kris Jenner, model Kendall Jenner's mother, intrigued celebrity followers. At the teaserKendall was about to reveal an experience that seemed to be very intimate and delicate.

In the post caption, Kardashian's mother wrote: "I'm so proud of my dear @KendallJenner for being so brave and vulnerable. Seeing you share your crudest story in order to make a positive impact for many people and help promote a Positive dialogue, proof of the amazing woman you have become. "

The brief statement piqued the public's curiosity: what was Kendall about to confess? Maybe she would vent about some mental health problem, such as anxiety or depression. The next day, the model revealed the story behind the video: in the end, everything was a pretext for launching an advertising campaign in partnership with an anti-acne cosmetic company.

Kendall Jenner's case is the perfect example of sadfishing, since she used a sad story to "hook" the attention of followers. The tactic has appeared other times during the campaign starring the model. In sharing her acne problems to promote the product, Kendall employed an overly thrilled tone in the texts.

One of the last celebrities to share outbursts on social networks was singer Justin Bieber. "It's hard to get out of bed in the morning when you're overwhelmed with your life," he told his over 119 million Instagram followers. Bieber revealed that while he had a lot of "money, clothes, cars and prizes," he still felt "dissatisfied." Post had over 3.8 million likes and 103,000 comments.

Most of the messages were of support and encouragement to the singer, but some users accused the Canadian of accentuating its problems. "Wake up! There are people putting you in 500 times worse than yours," said one of the comments.

While some may overstate or even falsify problems to draw the attention of other users or even gain new followers, there are people who do suffer from mental health disorders. For these groups, the popularization of sadfishing can be especially detrimental.

A study by Digital Awareness UK (DAUK) found that children and young people genuinely looking for support online are being ignored or even attacked with aggressive comments, which could worsen their mental condition. After listening to some 50,000 students ages 11-16, DAUK realized that young people are often disappointed when they don't get the support they need on social networks.

Sadfishing can discredit the pain of others Photo: Reproduction / Virtual Academy

"A lot of people commented on and liked my post, but some said the next day at school that I was sadfishing for attention. Sharing my feelings online made me feel worse in some ways but supported in others," said one. student interviewed by the researchers.

Still according to the survey, loyalists can take advantage of mental health ventures to gain the confidence of young people and exploit them later. A teenage girl listened to by DAUK revealed that she started a virtual relationship after sharing her experiences on depression on social networks and being answered by a user. When her partner began to pressure her to send intimate photos, the young woman discovered that he was much older than he claimed to be and ended the relationship.

Therefore, I need to be careful about the content exposed online, and be wary of strangers approaching through social networks. Parents and guardians should follow their children's posts to be aware of risks of bullying or approaching teasing.

Stories GIFs on Instagram do not appear: how to solve? Ask questions on the TechTudo forum.