Grindr is a relationship app dedicated to the gay, bi, trans and queer communities. The app, launched ten years ago and with more than 3.8 million daily users in the world, is available for Android phones and iPhone (iOS). Grindr uses the device's geolocation tool to connect users and provides the option of filters to help the user find potential partners. Other tools, such as private chats and links to social networks, are available both in the free version and in the two premium subscription options. Next, see more information about how Grindr works.

READ: Better than Tinder? 6 tips for flirting on Instagram

To download Grindr, simply enter the App Store on the iPhone or the Play Store on Android, search for the name of the application and download it for free. When Grindr first accesses, select the Register option, accept the terms of use and enter your data manually or from a Google or Facebook account. The first information requested by the app is name, photo, age and gender identity.

The application does not probe the creation of fictitious names and does not even require the use of photos or public display of age. However, users with photos are more likely to catch the eye of potential suitors. Other characteristics such as weight, height, physical size, ethnicity and sexual health can also be reported in the profile of Grindr.

In Grindr's profile, it is possible to register physical information, expectations and even sexual health. Photo: Reproduo / Karina Sanit

The main screen of Grindr is a mosaic with several profiles. At first, those that are geographically closest to the user are displayed, but suggestions can be filtered by other characteristics.

To create or manage search filters, select the icon in the upper right corner of the application. In the free version, it is possible to filter users by age (minimum and maximum), for what they look for in the app (among options like conversation, dating and now), for the tribe they belong to and for the use of face photos in their profiles.

It is possible to use a series of filters to personalize the search for users on Grindr Photo: Reproduo / Karina Sanit

The tribes refer to groups from the LGBTQI + community that are formed around physical, emotional, ethnic and other characteristics. Those who are part of the Urso tribe, for example, usually have hair on their bodies and beards, in addition to being normally tall and heavy. The Barbies tribe, on the other hand, describes men with defined muscles, who like to show off their bodies, prefer tight clothes and dedicate their free time to clubs and gyms.

When accessing a profile, you can start a conversation, favor it, block it or give a cookie. Give cookie a Brazilian gria that came up with social networks to describe the compliments and likes given in photos, in a way, exhibitionist, that were posted precisely for this purpose. The function is exclusive to Brazil and serves to show interest in someone without having to start a chat.

How to use Grindr on the desktop

Despite not having a PC version, Grindr can be installed on desktops from Android emulators. The most famous option is BlueStacks, which can be downloaded for free. With it installed, just download and use the application normally, always remembering to allow it to have access to your location information.

Grindr: app for cis and trans men who are gay or bi Photo: Divulgao / Grindr

Grindr XTRA and UNLIMITED: paid versions of the app

Grindr UNLIMITED, in addition to all the features of XTRA, offers unique advantages such as viewing unlimited profiles, identifying users who have viewed your profile in the past 24 hours, deleting messages and photos sent via chat and viewing warnings when other users are typing.

The main screen of Grindr as a mosaic of photos of users who fit the search filters used Photo: Divulgao / Grindr

Sexual Health and the case of data leakage

Grindr allows users to report their HIV status and the date of the last exam, and offers a reminder option by notification to take a new test three or six months after the previous test.

In 2018, the app became involved in a controversy for sharing the data of its more than 3 million users with two other companies, including their HIV status. According to the company, the information was used only to improve functions within the application itself. In addition, they stated that by inserting the information in the profile, users would be agreeing to make it public. However, after the repercussion of the case, the company decided to no longer share such data with third parties. 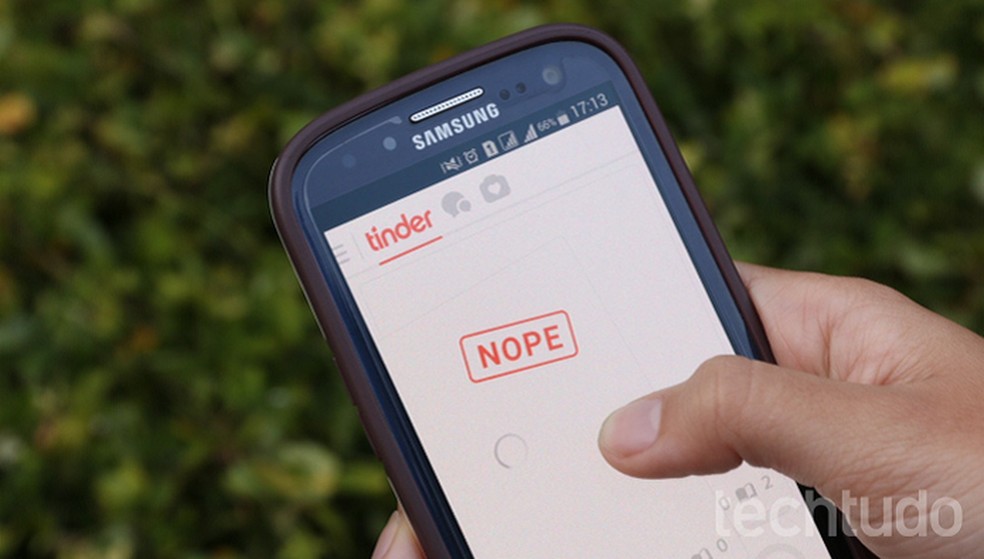 One of Grindr's main competitors is the Hornet app. Dedicated especially to gay men, the app has about 3 million monthly users in the world and has some differentials, such as the possibility of accessing the browser without resorting to third party programs for this. It also brings a feed with publications from users geographically close, which can be liked and commented on.

Another competitor, this time a little more specific, the Growlr. The app has features very similar to those of other dating platforms, but dedicated exclusively to gays identified as bears. Although less known, it can be a good option for those who know exactly what they are looking for.

Finally, it is impossible not to quote Tinder. Although not exclusively aimed at the LGBTQI + community, the app is widely used by people of varying gender and sexual identities, and is present in more than 190 countries and receives 2 billion daily views.

How to download Rumblr app? Ask questions in the dnetc forum.

What and how Tinder works