Apple does not stand out sleep monitoring as one of the features of Apple Watchafter all, she recommends that users recharge their watch just at night. But that does not mean that the device is not capable of performing such a function, as we have already discussed in this article.

Besides Sleep Pulse 2 Motion, there is another app available for watchOS in order to monitor your sleep: o Sleep ++. 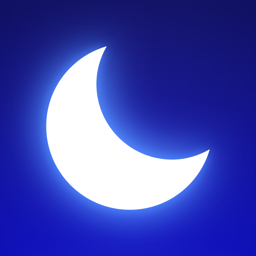 Its operation is very simple: press the button "Start Sleeping" to start monitoring at bedtime and then "Stop Sleeping" to stop when you wake up. The app takes into account all the movements you made during the night to inform you of the duration and quality of your sleep.

It integrated with the Sade app (Health), so that you can view the information through the Apple system in addition to allowing that information to be shared with other applications (fitness, health, etc.).

Sleep ++ recently reached version 2.0 and, according to David Smith (creator of the app), the sleep analysis algorithm has been completely reformulated to allow even more accurate monitoring. In addition, integration with framework HealthKit has also been improved, a new detail screen now more clearly explains the quality of each night, saying how long you slept well and when you were restless, among other things.

Actually the Watch battery does not help in the task of monitoring sleep. But on his blog, Smith shared a tip that can be useful for anyone who wants to embark on this. Basically he says that the best formula he found was to reload his watch in the morning while showering, getting dressed, etc .; and then again at night, while brushing your teeth, putting on pajamas, etc. At night, when you sleep with the watch on your wrist to monitor sleep, it also activates Avio Mode to save battery, after all, there is no need for the watch to talk to the iPhone at this time.

Most likely this will hinder you from hitting the daily goals of movement, exercise and standing, but at least in this first generation of Watch, unfortunately you can't have it all

Free of charge, without a doubt Sleep ++ is a great option for anyone who wants to at least test this feature on the watch, because it has everything to be much more accurate than those apps for iPhones that monitor our sleep when we place the device on the mattress.