The Chinese manufacturer Live announced its new wireless headphones TWS Neo, which arrive updated with the technologies Bluetooth 5.2 and aptX Audio. The peripherals were presented with the new line of smartphones Vivo X50, at an event aimed at the Chinese market.

Company also announced that it will continue partnership with General Motors

This new model comes with large 14.2mm drivers, which are very similar to those present in the wireless headset Vivo TWS that was launched last year. The TWS Neo index arrives with three modes DeepX Stereo in order to offer a customized experience for users.

According to the manufacturer, the use of the aptX audio code allows you to have CD quality sound reproduction in the headphones. The peripheral also features a two-channel 2.0 transmission, which seeks to reduce latency and improve autonomy. 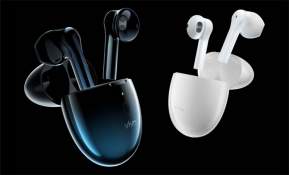 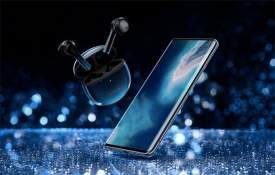 Official data show that Vivo TWS Neo can play audio for up to 5.5 hours when using the standard AAC code. When it comes to aptX adaptive coding, however, the battery life of the headphones drops to 4.2 hours. Even so, this is a better value than that obtained by the original Vivo TWS.

If you put the charge with the cap in the equation, we have up to 27 hours of audio playback until you need to find an outlet. This case recharged through a door USB Type-C. There is no support for wireless charging.

Vivo has also implemented a low latency mode, which is to be used during video calls and games. It reduces the time required for the audio to reach the user by just 88ms.

Vivo TWS Neo wireless headsets still include certification IP54, support for the Jovi virtual assistant and the feature Find My Earbuds to find them. In addition, there are pairing and connection features with just one touch, as well as support for touch-based gestures that include swiping to adjust the volume or a simple pull to pause or play.

To top it off, the peripheral has an intelligent noise reduction feature and the elimination of ambient sounds with the help of its two microphone system.

Vivo TWS Neo wireless headphones will be available in two colors: blue and white. The good news is that they arrived cheaper than last year's models, costing CNY 499 (R $ 377 in direct conversion).