When we think of broken iPhone, invariably comes to our heads that wonderful screen completely cracked, shattered. At least the first thing I think, after all, it's still glass and people keep letting their phones go. It is exactly at this point that the thing gets controversial not because the glass breaks, but because only Apple can switch screens.

Since when this type of repair began, only Ma's physical stores have a “flip” machine that has only two purposes: to calibrate a new screen that is placed on an old iPhone body and to change the Touch ID component. (connected to a Mac, the machine automatically validates the new sensor on Apple internal servers).

For this reason, no Apple Authorized Service Center can change the screen of an iPhone. In the United States, where there are hundreds of Apple stores, that's no big deal. But in Brazil, for example, where we have only two stores, the lack of such a machine in CSAAs is quite detrimental as it ends up forcing the customer to solve the problem directly with Apple in physical stores (which greatly increases the number of calls made) or having to send the phone to Ma by the post office to have the repair done. This, as I said, in Brazil; In countries where Apple simply has no stores, things are even more complicated.

But this scenario has everything to change in 2017, at least according to Reuters. Apple executives told the vehicle that by the end of 2017 (better known as this year), Apple will make the machine available in about 400 CSAAs distributed across 25 different countries, representing 8.5% of the approximately 4,800 existing CSAAs. in Planet. We of course are cheering for the Brazil be inside this cake.

Check out some photos of the machine that calibrates iPhones 6s or newer in about 15 minutes and some equipment used in the disassembly / assembly of the handsets: 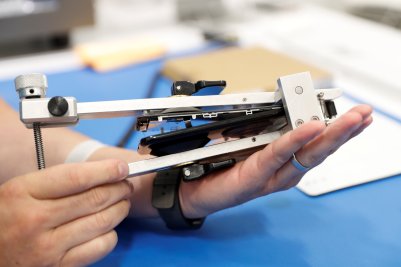 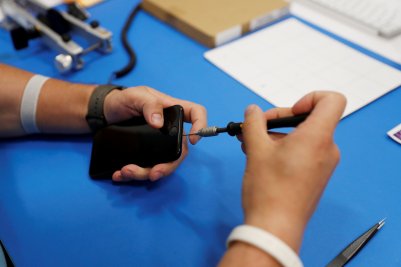 Apple's pilot program has already started about a year ago, with some machines operating in places such as Miami, Bay Area (region encompassing San Francisco and surrounding cities), London, Shanghai and Singapore. Still according to Reuters, some countries that do not have Apple stores like Colombia, Norway and South Korea will first receive these machines which, as I explained above, makes a lot of sense.

The news comes to complement another recent, which we cover in February: Third-party repairs to iPhones do not void the warranty anymore, but obviously the component itself was no longer covered by the warranty. With this official exchange made by CCSAs, this does not apply.

In several US states, there is a legislative move aimed at forcing Apple to give people the right to fix their iGadgets; The company, however, denied that this new plan had anything to do with it, stating that everything was designed to simply reduce the waiting time for repairs in its stores and facilitate high quality repairs in countries where the company has no retail presence.

In fact, a former Apple Morumbi employee told us that this was a longstanding internal fight and was made even more difficult by the fact that the assistants would need to use Apple's VPN to make the machine work.

Regardless of whether or not it is a response to the movement, whoever wins is us.

Confirming our suspicions, the Brazil yes, it is among the 25 countries of the initiative as dnetc. However, there is no prediction of when the first Horizon machine (as called the machine) reach our country.