In this month, we comment here as the Netflix had snapped up almost $ 800 million from subscriptions made by App storeby placing the platform streaming like the revenue-driven leader in Ma's app store. Well, apparently this whole spree won't last long.

The company confirmed to VentureBeat As soon as new subscribers will no longer be able to subscribe to Netflix iOS apps, they will need to go to the platform's website to sign up and then return to the app with credentials to access the catalog. The change has already begun to be implemented in some territories and should be completed over the next few weeks.

Although no explanation has been offered for the change, the company's motivation is clear: when the user subscribes for the iOS app, he is essentially performing a In-App Purchase which means that Apple gets a 30% share of the amount paid, to be exact, although subscriptions older than one year have been reduced to 15%. Leading users to subscribe to the service on its website, Netflix need not share this revenue with anyone.

Older iOS users will remember that, until long ago, Spotify also offered the in-app subscription option for iPhones and iPads; the music service, however, charged a higher price for this type of subscription and, at one time, even directed users to subscribe to the service through their site to pay less before canceling subscriptions via iOS as a whole.

Netflix, unlike Spotify, has always charged the same subscription price in any medium, regardless of whether the user closed the package through the app or on the site itself.

It is worth noting that, at least until the second order, users who already maintain their subscriptions through the iOS app may continue to pay for the service as normal and will not have to re-contract. If you have already subscribed to Netflix through the App Store and canceled the service, however, you will necessarily have to go to the site to re-subscribe. 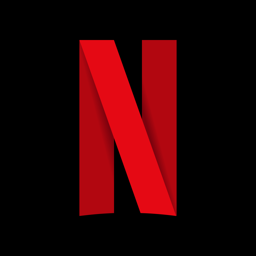