This type of experiment is not scientific, but it has the advantage that it can be done by any individual with several different gadgets by hand. Phil Gyford tested the text input methods of four different notebooks (the vertical virtual keyboard on the iPhone, the physical keyboard on a Palm Treo 650, the handwriting recognition on a Newton and the Graffiti system on the Palm Vx), comparing them with the QWERTY keyboard on your MacBook Pro and handwritten. The result of the test, which consisted of writing the same memorized 221-word text, was somewhat surprising. 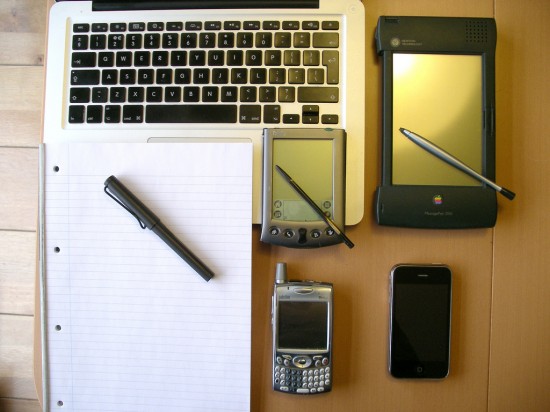 Taking into account that a person becomes more proficient the more he uses a given writing method, it is expected that someone who uses a MacBook Pro and an iPhone daily will be more successful with their respective systems. Thus, the difference between the physical keyboard and the virtual keyboard observed by Gyford was around 50% more. But here comes the surprise: the Treo's physical keyboard and double pen / paper practically tied with the iPhone.

Below is a graph with the complete results:

But the question remains: would you be able to take a similar test and measure how long it takes to write a 200-word text with your favorite gadgets? Remember to do a few repetitions in order to eliminate the variables and put your results in the comments!