Canonical released this week the new update for Ubuntu 16.04 LTS, thus receiving the number 16.04.2. There are a few things to note about upgrading, especially when it comes to Kernel, learn more: 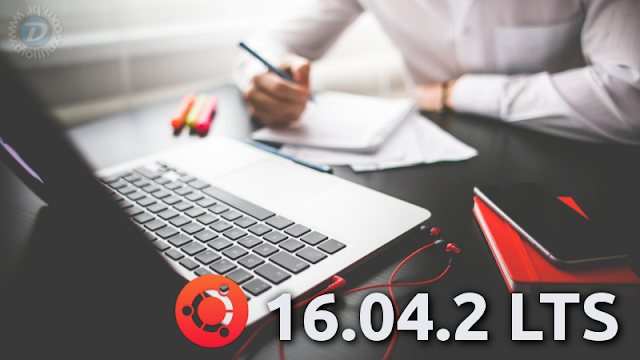 For those who do not know very well how it works, Ubuntu has six-monthly releases, that is, every six months comes out a new version, and every two years come out LTS (Long Term Support) versions. The LTS versions can be considered the stable versions of the system, while the intermediate versions are releases where normally new technologies are tested. Version 17.04, which comes out next month of April, an example of this, will be testing some updates for Unity 8, Ubuntu's new graphical interface.

Because of these factors, usually LTS versions are the ones chosen by users for critical, work, productivity and related missions. They are also the ones that are typically used on servers by both Canonical and non-Canonical customers.

LTS versions receive constant updates over a 5 year period, while LTS versions non-LTS receive updates for about 8 to 9 months; One more reason for users using Ubuntu to work is to choose versions with extensive support.

But what does this support (LTS) mean?

LTS support means that users will receive security and software updates for a period of 5 years, however, this does not mean, in software terms, that updates will always be for the latest available release but for a next stable release. . Even the kernel will usually respect the LTS version, receiving updates within its own version.

You can work around this by using PPA repositories for a particular application that you want to be in a newer version or by using a Snap package for it, there are several ways around the issue, however, not all applications will be lagged over time, For the sake of security, web browser and network access applications are usually in their latest versions. Remember, stability goes against the news, hardly newer software will be as stable as older software and had a longer time to debug, a great example of this is Debian Stable.

As time goes on, many updates and corrections are made. To prevent users downloading Ubuntu 16.04 LTS from having to download so many updates, Canonical is releasing new ISO builds with updates and improvements already incorporated, so these are born. releases with a third number, such as 16.04.1, 16.04.2, etc. as if they were the Services Packs Windows

These updates typically bring newer versions of a number of programs and eventually new features to the system itself, but a major differentiator is the Linux Kernel upgrade, thus giving more support for new hardware and more performance in some situations.

Ubuntu 16.04.2 LTS's biggest news is the addition of the Linux 4.8.x Kernel, Mesa Driver 12, and major hardware support improvements, plus the ability to use the Ubuntu HWE (Hardware Enablement) Kernel and minor bug fixes. .

If you are running another operating system or version of Ubuntu other than the current LTS (16.04), my recommendation is to format and install it from scratch, but if you are already an Ubuntu 16.04 LTS user, just like me, you just need Upgrade the system normally and you will be in this version.

Use the "Program Updater" application to update the system.

Or use the terminal:

This command will not change your kernel version, Ubuntu will continue to use Kernel LTS, ie 4.4.x, which will receive security updates until the end of 5 years of Ubuntu support.

If you want to use a newer kernel within LTS, you can use the HWE Kernel, which adds new video driver and support packages for new hardware components, ideal for those with very new computers or newly released equipment.

Before upgrading the kernel from one version to another, I recommend removing any proprietary drivers you may have, especially video and wifi drivers, so you avoid conflicts.

To upgrade to Ubuntu 16.04.2 LTS with the HWE Kernel you need to run these commands:

The first command is directed to a new version of X that will dependently pull the rest of the packages.

This feature in experimental, it has been using since Ubuntu 10.10 to bring extended support for Ubuntu releases, making even old LTS, like Ubuntu 12.04.5 LTS, which is still active (at the end of it, inclusive) , can run on computers launched "last month", however, a kernel change is always something very sensitive, so my general recommendation only update if necessary, lack of hardware recognition or if you are enthusiastic and especially if you You know what you're doing. 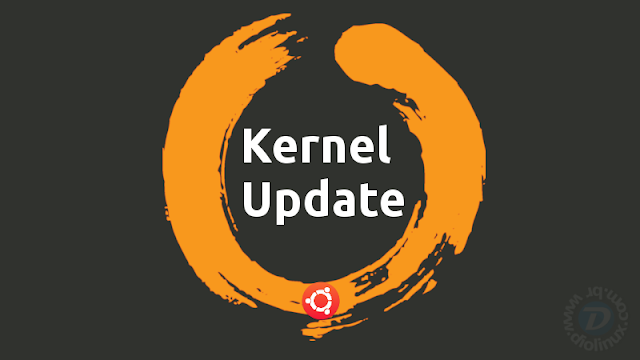 The Difference Of Kernel Packages

As this is something that I consider important, I think putting some more information about who can help you decide which way you want to go.

The standard Ubuntu kernel is called General Availability or simply GA, the packages of this kernel usually remain within the LTS releases to which they belong, in this case 4.4, with variations following the following nomenclature example: