Chat apps like WhatsApp usually only allow you to use an account on your smartphone. Although this makes a lot of sense to most people, there are users who really need to use two WhatsApp on the same phone. This is especially true for those with one business contact and one for personal use.

We always see the same situation with those who work with social networks, since it is necessary to keep changing the login all the time. In the case of WhatsApp, this is not even possible without resorting to any alternative that allows you to use two WhatsApp accounts simultaneously.

Fortunately, there are applications that specialize in allowing you to use two WhatsApp on the same phone. The same goes for many other chat apps and social networks. Wondering which apps these are and which ones to use? So just check out our detailed list below! 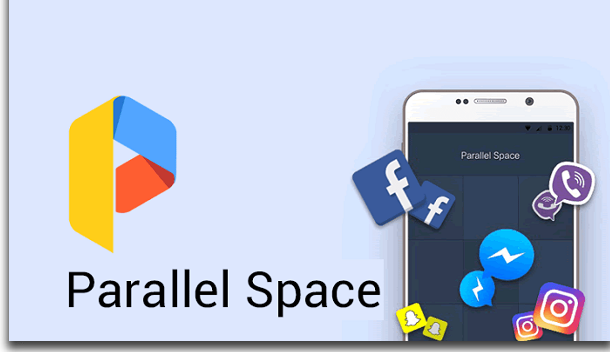 To start with our list, there's no mention of Parallel Space. It is one of the best apps to use two accounts in various other apps, which includes two WhatsApp on the same phone.

It can also be used with Facebook, Messenger, Instagram and even mobile games. This is especially great for those who have personal and professional accounts on various social networks and chat apps.

It's nice that you can switch between the two accounts quite easily. There is a paid version of the app, but it can also be used for free. Check out more through the link.

In many ways, Dual Space is very similar to the previous option. It also lets you use two accounts in the same app quite easily on your smartphone.

Among so many possibilities, WhatsApp is between them and you can switch between the two accounts in a matter of seconds. The good news is that Dual Space is also free and you can try it on your Android.

Already 2Face a simpler app that fulfills its role. It doesn't have many additional features, but it focuses on helping you have two WhatsApp on the same phone.

It can even be used with other apps and games, which is a nice perk. If you're looking for an app that doesn't have many features and is easy to learn, it's worth a try. You can download it from the following link.

A little different from others, Clonapp Messenger focuses especially on WhatsApp. Basically, it helps you clone your smartphone chat app account of your choice.

The app itself is lightweight, easy to use and has very nice features. It is worth mentioning that it is completely free and therefore presents some ads. If you enjoyed it, you can check it out and download it on your Android. 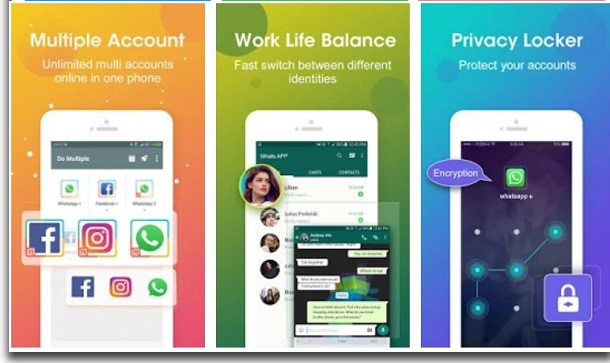 DO Multiple Accounts helps you have two WhatsApp on the same phone, but this one is your main focus. It is equally suitable for many other apps and games, WhatsApp being just one of them.

Good to mention that despite offering many cool features, this is one of the lightest apps on our list. This makes it perfect even for intermediate smartphones.

Perhaps one of your biggest strengths is that you still have a security option for your other accounts. This makes it possible for you to use a password to protect them and keep them private.

The app, as well as so many others on our list, also completely free. You can check more and download the app through the link.

Much like our other options, 2Accounts is another good alternative. It is fast, light and works very well to have more than one account on various apps and social networks.

It even helps you protect your apps and accounts with passwords. Of course, it's a great advantage considering how much personal data and files you may have stored in these apps.

It is good that it also has a high compatibility with various applications. If you want to create multiple accounts outside of WhatsApp, it is one of the most suitable. Check out more on your Android.

Multi Apps is one more option you can consider. It is dedicated to a large number of applications, but you can only use WhatsApp if you prefer.

One of its advantages is that it is energy efficient on the smartphone and has an easy to learn interface to use. Other than that, totally free. Check out more at the following link.

As the name already makes clear, the Dr. Clone app is meant to clone your apps. This way it allows you to use two WhatsApp on the same phone without problems.

The best thing is that the app, besides being free, has no third party advertisements. This makes the usage experience much better by itself. You can check this out even more on your own Android.

Parallel U is another option you might consider. It can be used to have two WhatsApp on the same phone, as well as other apps and social networks of your choice.

It still consumes little power, it does not need a smartphone so powerful to work well and free. If the app interested you, you can download it from the link. 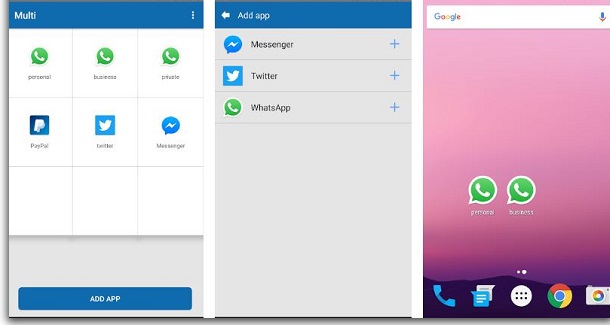 Like the others, Multi is an app that lets you have multiple service accounts of your choice. This includes WhatsApp, Facebook, Snapchat and even mobile games if you want.

It's one of the simplest on our list, so don't expect to find such advanced or different features in it. Other than that, it's free, but it has a paid version for those who don't want to see ads. Check out more by downloading the app on your smartphone.

The Multi Parallel app is next to our list. Not only does it allow two WhatsApp on the same phone, it lets you create as many accounts as you like. Fortunately, all for free.

This is also true for other apps, games and social networks you want to use. If you were curious, you can download the app from the following link.

The Parallel App is another one that deserves attention. The app may be a bit simple, but it still allows you to use two WhatsApp on the same phone within seconds.

It can be used with many apps and even has support for multiple languages. Download the app directly on your Android.

The other Clone App that can be used for multiple accounts in apps. Even though it works in many apps, WhatsApp turns out to be its main focus overall.

It's free, but still has some paid features for those who want them. Other than that, you can change the icon of apps you want to duplicate for extra privacy.

It even has the option of using different color schemes in the interface, in addition to a night mode. If you liked it, you can download the app through the link.

WhatWeb Cloner is our next suggestion. It is a very simple app that can even be used to sync multiple accounts on different devices.

Other than that, it has other special features, all targeting WhatsApp instead of other apps. Like so many others, the free app can be check out the following link. 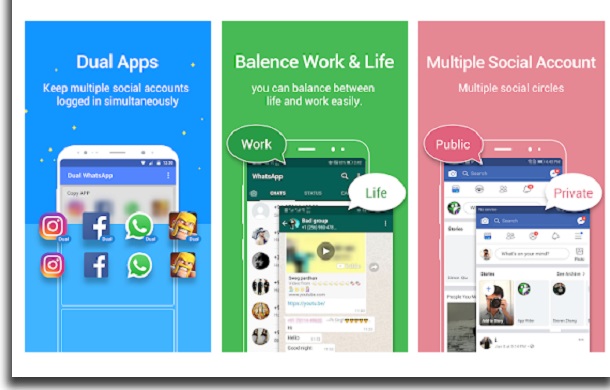 Finally, we have Dual Apps on our list. For those who want to have two WhatsApp on the same phone, this is a good bet to check and test. In addition to the chat app, it also works with various social networks.

One of the disadvantages of it being completely free of charge is that you will have to see many advertisements while using it. Other than that, the app is very consistent and you can check more on your Android.

Did you like the apps to have two WhatsApp on the same phone?

Could you take our tips on what apps to use to have two WhatsApp on the same phone? So leave your comment telling us what you think and if you have any other app tips you'd like to see here.