THE tablet from Toshiba starts to reach Portuguese stores as early as next month, confirmed the company’s marketing director in Tek national territory to TeK. For now only the model with Wi-Fi connection will be on sale, which, as expected, will cost 399 euros.

The official said that the Folio 100 with Wi-Fi connection will be available in the first week of November. The edition with a 3G connection has no release date yet.

The 3G version will be launched through partnerships with operators, with which Toshiba is currently in negotiations, explained Jorge Borges, who did not mention which partnerships are “on the table”.

Without anticipating sales expectations, however, it guarantees that Toshiba expects the tablet to be a success, and proves to be a success. hit this christmas. “We think this is the most balanced offer on the market because it combines multimedia capabilities and connectivity with the most comfortable screen and a price that is not prohibitive,” he said.

The Folio presents itself as a device with a 10.1-inch touchscreen and a resolution of 1024×600 pixels, in a body that measures 25.7 centimeters in length and 14 mm in thickness, seeking to offer a balance between portability and size comfortable screen, as highlighted in the product presentation. 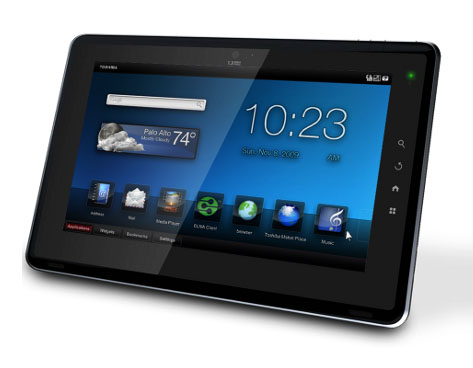 Android was the operating system chosen and the remaining features include the Nvidia Tegra 2 processor, a 1.3 megapixel camera and the possibility of video conferencing, a 16 GB memory, HDMI and Bluetooth connection. The battery lasts for about seven hours.

Folio has been competing in a segment where Samsung’s Galaxy Tab is currently only available in Portugal, smaller in size (seven inches) but higher in price (614 euros) – which TeK has experienced. Also promised is the iPad (with 9.7 inches and prices starting at $ 499), although it still has no release date.