Who knows the application Slack, used for communication between teams? what we use here in and we highly recommend it! Because it has a famous feature that makes it very easy to add emojis to a message. It couldn't be simpler: no shortcuts or taking the mouse anywhere on the interface. Just type: apple :, for example, to convert the “code” into this: 🍎.

In macOS, we have a window with the list of emojis that can be used in any app, just press Space. Another potential solution is to create shortcuts to replace words with emojis.

But the fact that none of this is as practical as Slack's solution is likely that Apple will never add something like that to its system. However, I bring you good news, my dear! If you've always wanted it, “There’s an app for that”, as the famous and nostalgic iPhone 3G commercials would say.

I mean the app Rocket that although he is not new, I suspect that few know him.

The app is free, but also offers a Pro version for $ 5 that includes a usage report, an even more complete search and personalized GIFs. 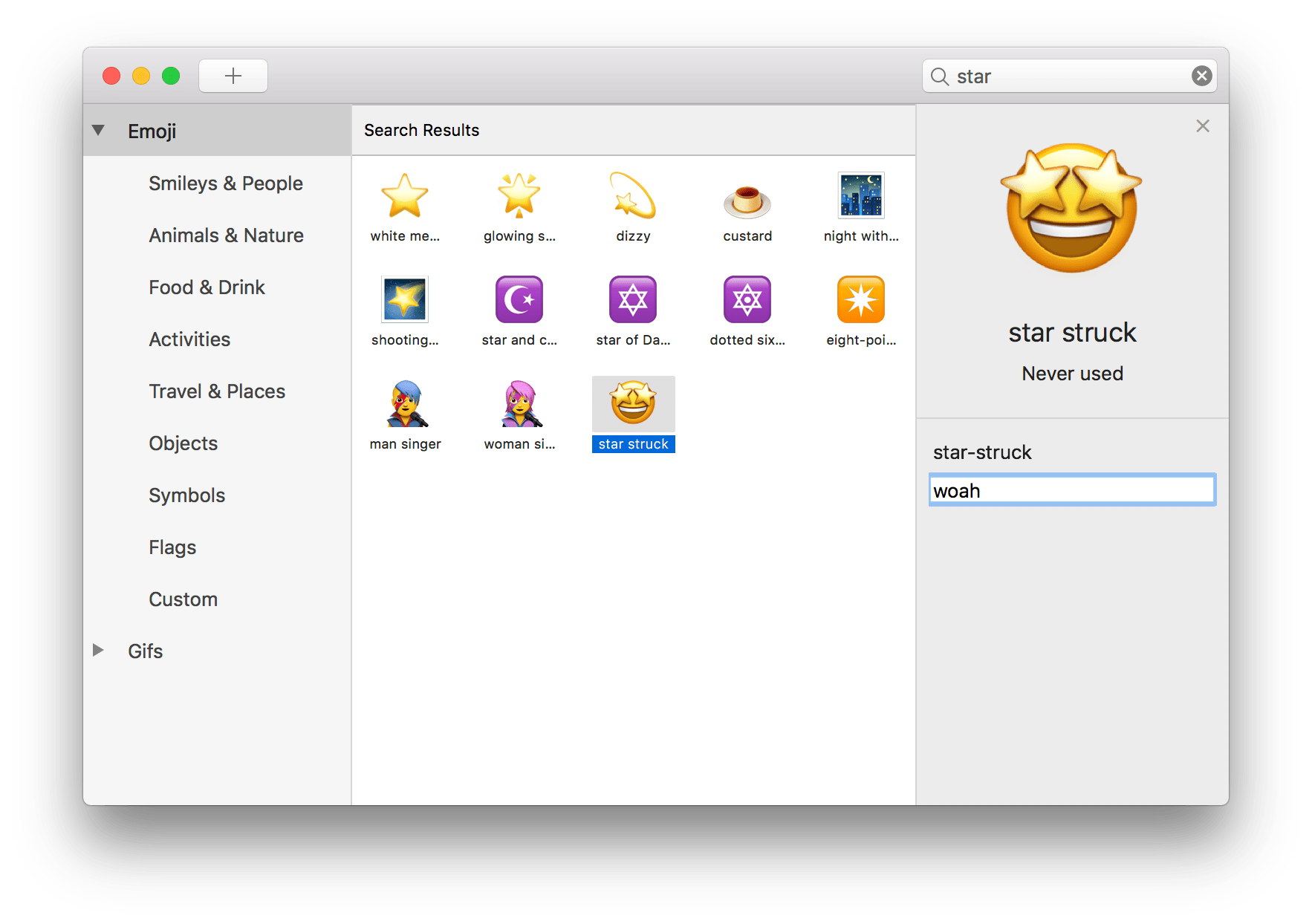 Speaking of personalization, you can define a list of apps or sites to be ignored (it doesn’t make sense to use it in Slack, for example, that it exists natively in it), choose between a light and dark theme, among other things. 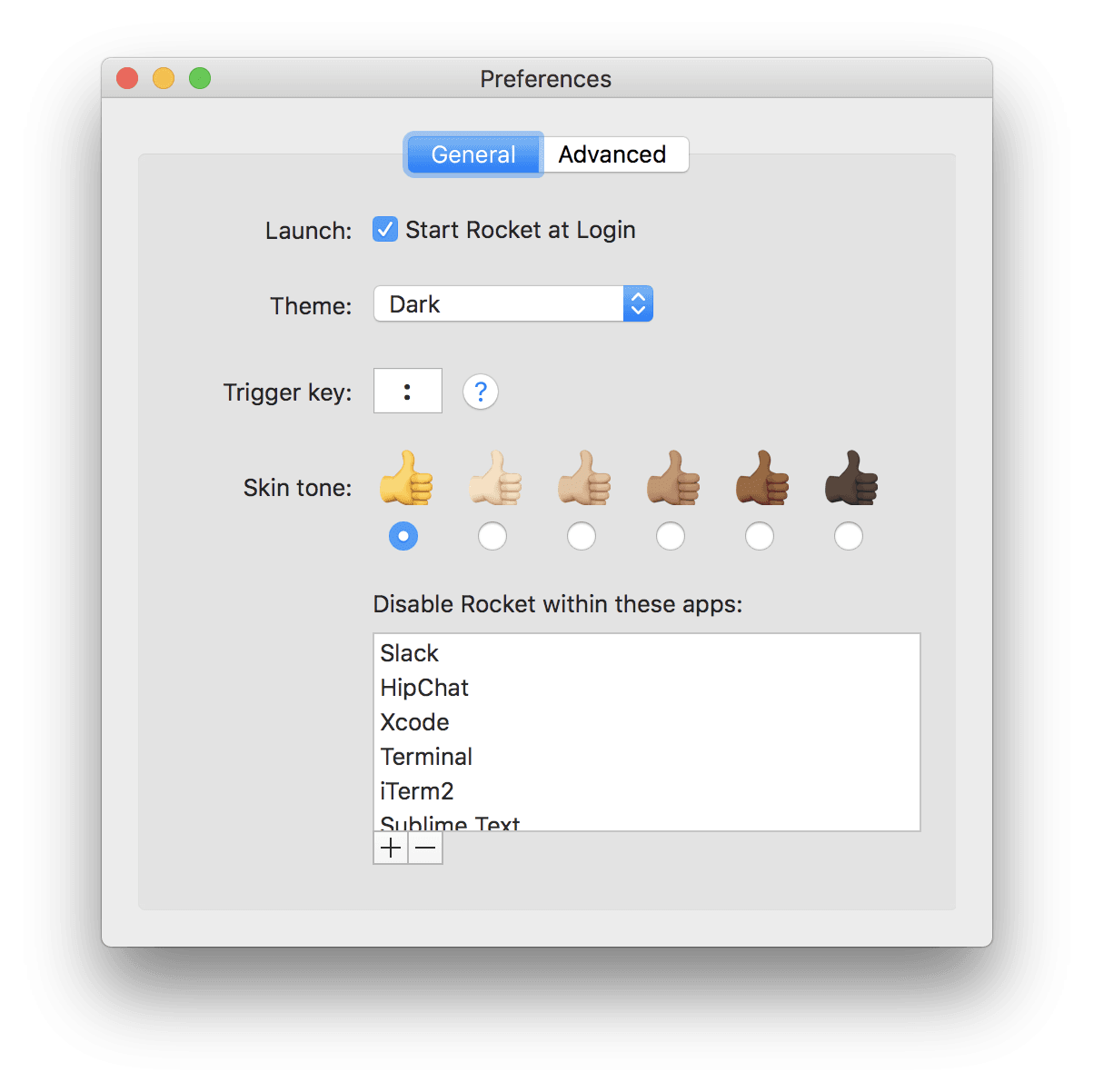 The weak point is the lack of an option to ignore some triggers, such as 😛 or 😀 scenarios in which I would probably be trying to use a emoticon (plain text) and no one emoji. Maybe I'm asking too much or maybe there is a way and I haven't figured it out yet 🤪

Another important detail is that you need to have a reasonable knowledge of the English language to know exactly the word you are going to type in order to “call” the correct emoji.