THE Annie app today released a survey with historical / general figures of the App Store. In fact, almost that; she started collecting data in July 2010, exactly two years after the store opened. Still, a super-valid panorama.

Here is the general ranking of downloads: 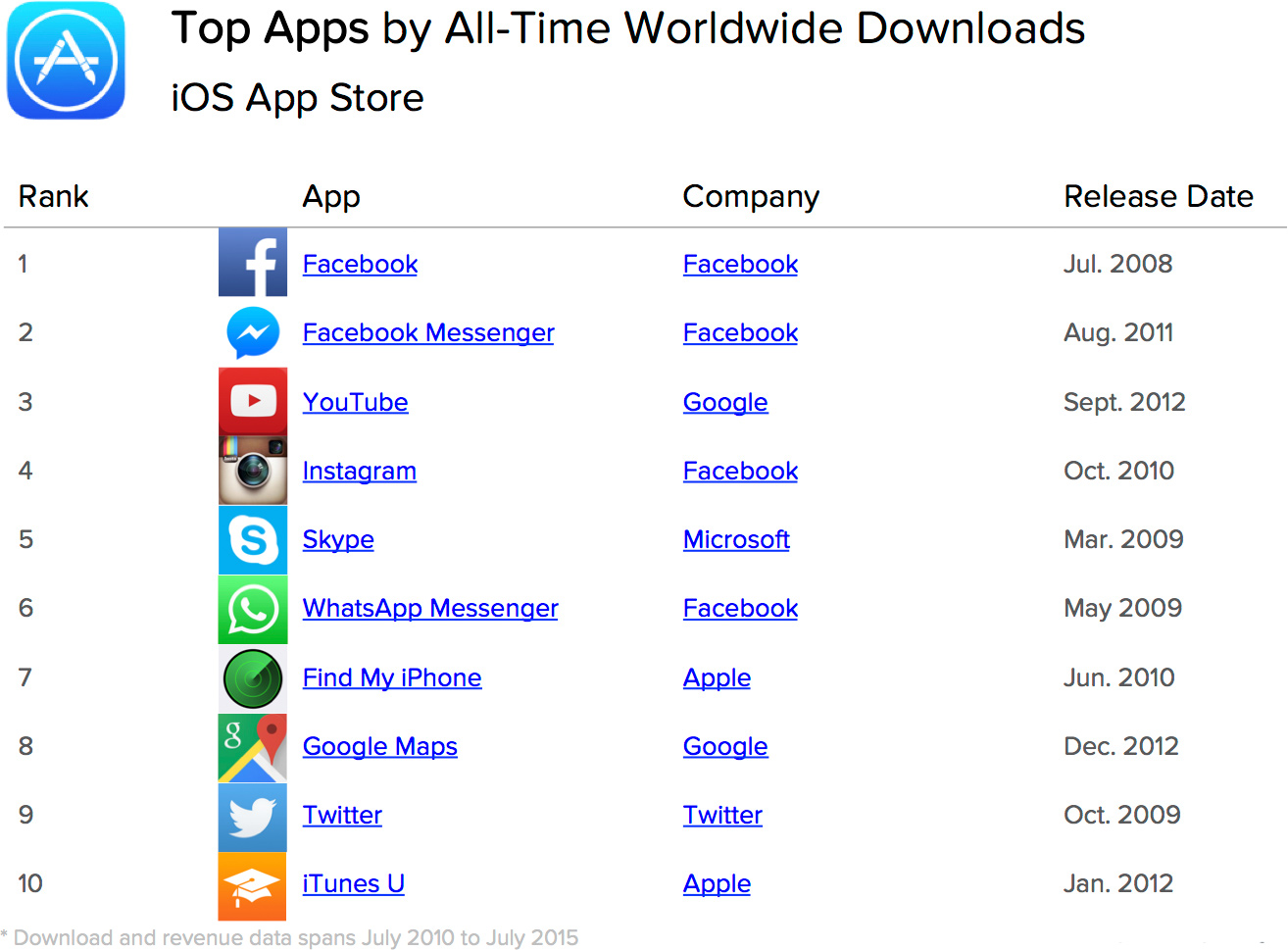 If we filtered the list only by games, it would look like this: Candy Crush Saga, Fruit Ninja, Angry Birds, Subway Surfers, Despicable Me, Clash of Clans, Temple Run, Angry Birds Rio, Temple Run 2 and Words With Friends.

The complete survey of the App Annie, available here, includes a series of other data and rankings including some by revenue collected, instead of downloads.