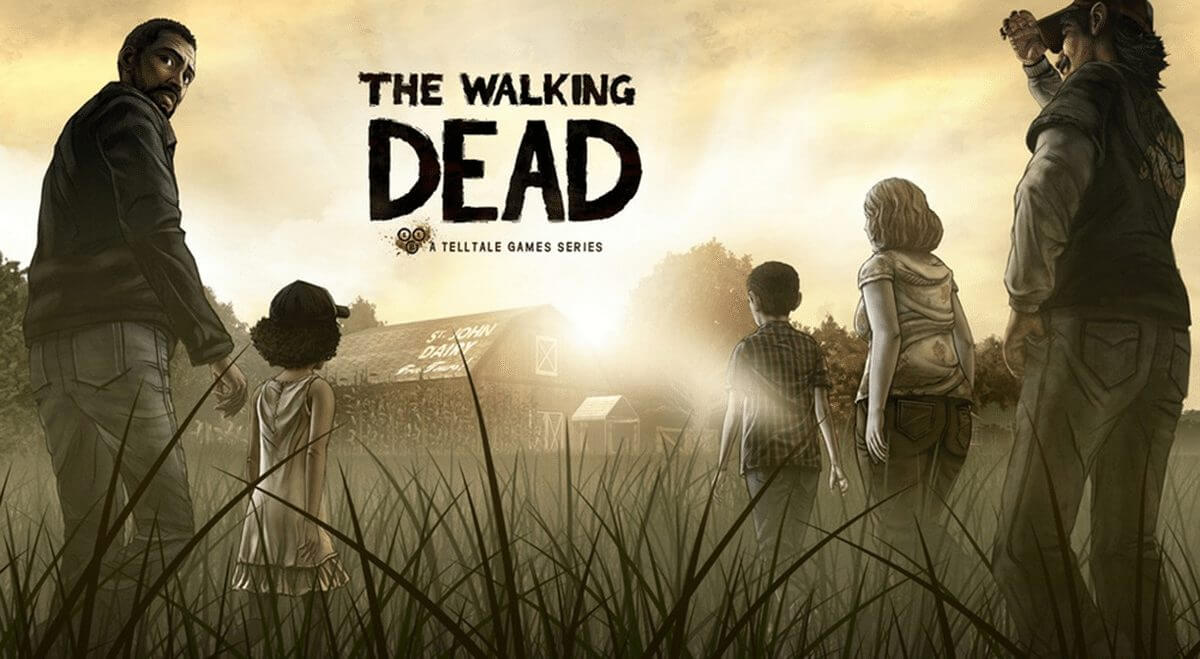 Check out the review of The Walking Dead – Season One. Straight from the time tunnel.

The Walking Dead gives Telltale Games it’s a different game. In a market where many games look like repetitions, even though they are good games, Telltale did something different and surprisingly good.

TWD does not require skills with controls or prior knowledge of gambling or even the history of The Walkind Dead.

The strong point of the game is the way the story is told, it is forcing you to make decisions and carry the weight of the consequences.

It’s a game that will make you shiver and make you cry.

You are an active participant in the story, and your decisions influence the narrative of the game.

The Walking Dead, Season One, is an interactive adventure game produced by Telltale Games and published by it together with Skybound Entertainment and Square Enix. The game consists of 5 episodes which were released separately and can only be played in single-player mode. The first episode was released in April 2012 and the fifth in November of the same year. It is available for several platforms: PC (Windows and Mac), Ps3, Xbox 360, iOS, Android and even Kindle Fire.

History is the saga of Lee to survive and to keep Clementine safe. Clem, as Lee is fondly called, is a little girl he met alone at home at the beginning of the game.

Throughout the story the two will meet other characters and together they will try to survive in the best possible way. The coexistence of the group can become as difficult as escaping the walkers. The difficulties of living together, the wrong choices that some characters are making along the way, their choices as a player and walkers make the game dense and rewarding to be played.

Will Lee and Clem survive? Well… if you haven’t played yet (how haven’t you played yet?) will have to find out for himself.

I hadn’t played a game with 2D graphics yet. I thought it was the most beautiful thing to see. Almost like being in a HQ. Seriously, please, if you haven’t played The Walking Dead yet, give yourself the opportunity to feel like a comic book character. TWD is you right there in the middle of all the action. It’s fantastic.

Easier impossible. Intuitive to the extreme, so simple that the game was launched for mobile devices.

Considering that the game is 4 years old, 46 reais is a big price, but in any other promotion don’t be shy, open your wallet and make a good deal.

If you want to try the game, before you decide to buy it, the first episode is free at: Google Play, for Android devices. In iTunes, for iOS devices. Also free for Xbox and Playstation owners.

It is a short game, with a linear story. Your decisions change the events of the game, you can come to an end with one, two or more characters following Lee. However, I was not particularly excited about playing again. But despite being very short, the game was satisfactory.

It’s an old game, but it’s definitely still worth playing.

At the end of the game there is that feeling of emptiness and damn it is over, but luckily there is already the second season.

Other games in the franchise

If you are a fan of TWD, you may also be interested in:

Have you ever played a Thw Walking Dead game? Tell us below in the comments.