Steam Treats a New Console Beyond Steam Machines in 2015

At E3 2014, The biggest international fair that involves the gamer market has a new figure turning up on Valve's sides. 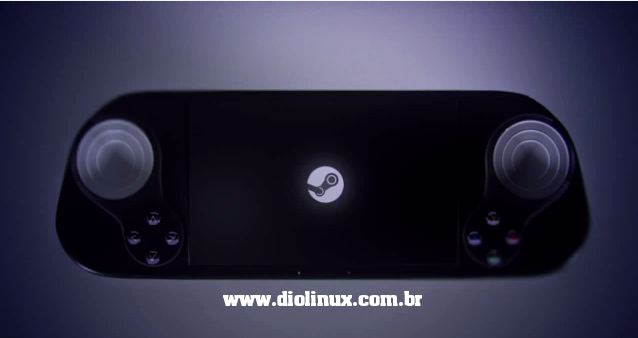 And if you thought about Steam Machine you know you're just "kind of right", in partnership with Alienware a trailer was released showing an alpha prototype of a portable console called Steamboy, which is very similar to PS Vita and 3DS.

According to information the team should leave there only in 2015 and load the Linux Steam OS distribution as operating system.

With a 5 '' screen and a look very reminiscent of the Steam Machines controls it has a beautiful design and adds some traditional buttons also on its front, should come with an Atom or AMD A4 processor, this has not been defined, With 4GB of RAM and 32GB of internal storage, rumors still point to the possibility of 3G and can be used as a control of a Steam Machine with the possibility of Streaming the same or a PC running Linux.

With such a setup some really heavy games should not be supported but most titles should work without so much problems, there is still no price information but certainly not an absurd price as it will compete with some existing models of course that was from Brazil, here we know that the story is another.

PC games on a portable console? What did you think of this story?