Today, October 30, Tim cook took the stage of Howard Gilman Opera House at BAM New York (in Brooklyn) to run another Apple special event. And after a nice welcome from guests and a video in which the company declared its love for NY Cook said that as the city opened one of the largest communities of creative people in the world, such an event could not happen anywhere else.

The first announcement of the day was related to the Mac line. Cook said that today, 51% of buyers are new to Ma's computer platform in China, only 76%! They are millions of new users per quarter which culminated in a current installed base of 100 million. In terms of consumer satisfaction, the Mac is by far the # 1 in varied surveys, a lot of which is also thanks to the macOS operating system.

O MacBook Air, particularly even "abandoned" still one of the most beloved Macs of all. It has changed the industry and influenced all Macs since it was released. And that's exactly why Apple decided to give the product a new look. "The MacBook Air is the most beloved notebook in history, but it's time for a new one."

In addition to a Retina display, it comes with much smaller frames and more in line with Ma's current design line. In addition to the high resolution display (4 million dots, 48% more colors), we also have the arrival of Touch ID. for the first time on a non-Pro Mac (note that only Touch ID, not Touch Bar), 20% larger trackpad, new keyboards (third generation butterfly engine) and T2 security chip (present on MacBook Pro and iMac Pro, which is responsible for power management, image signal processor, audio controller and video encoder).

The new notebook also brings major enhancements to its speakers, which are 25% louder and have 2x more bass, with an improved narrow experience. There are only 3 microphones in the machine, which also benefits Siri. On the left side we have 2 Thunderbolt 3 (USB-C) ports that are compatible with a multitude of technologies (all using and abusing adapters, of course). For example, you can connect the new MacBook Air to an external 5K display. 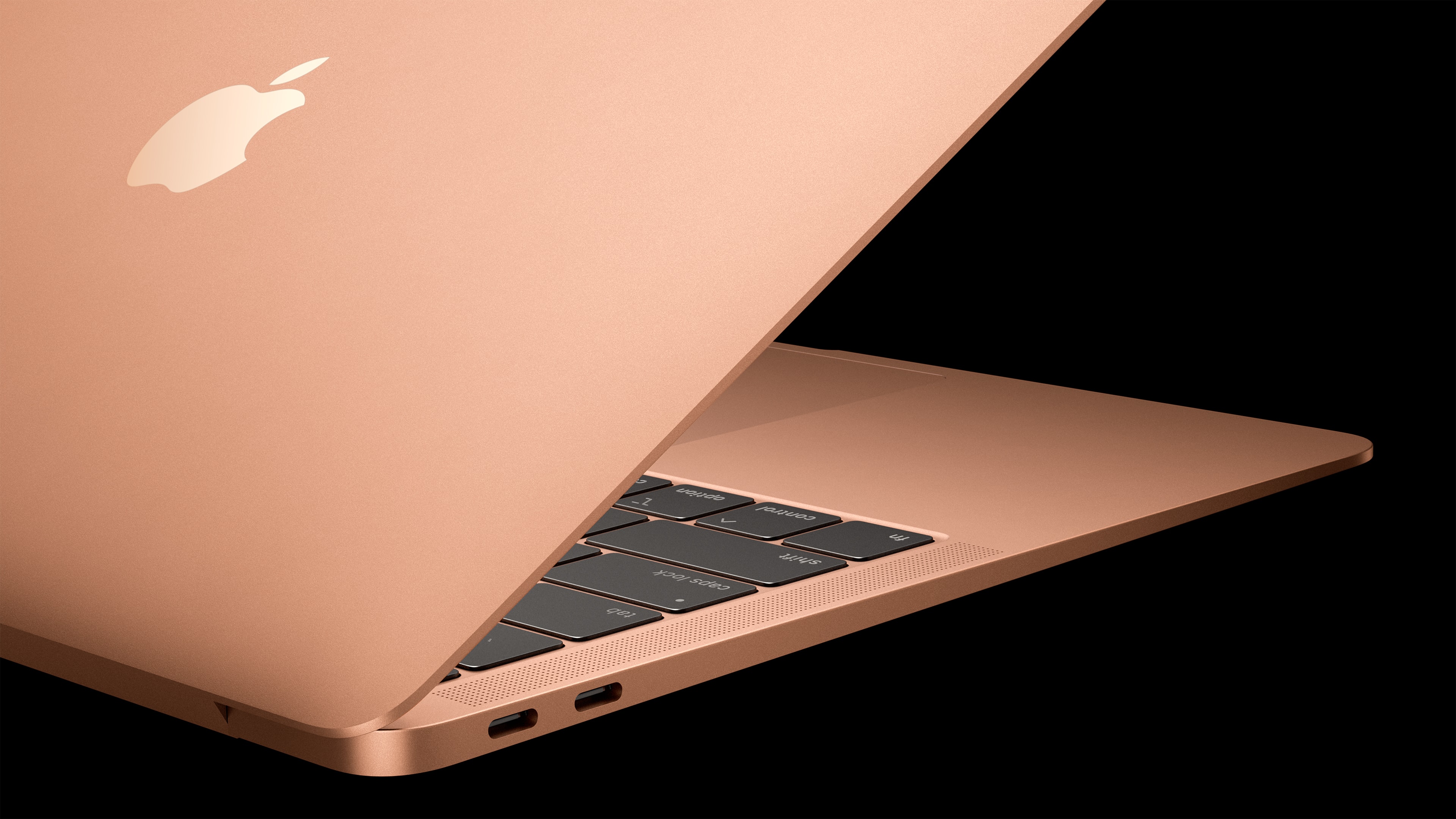 The computer equipped with Intel's eighth generation CPUs and GPUs has up to 16GB of RAM (2,133MHz) and up to 1,5TB SSD (up to 60% faster). Apple continues to promise a ?all-day? battery on the new Air (representing 12 hours of web browsing or up to 13 hours of playback on iTunes). Due to the redesign of the machine, it was much more portable, with 17% less volume and much thinner (10% less, with only 15.6mm at its highest), weighing only 1.24kg.

The machine is also very environmentally friendly with recycled components. Its structure is made of aluminum, material that Apple has used for many years in its Macs. But for the new Air, she created a new alloy that reuses aluminum losses while maintaining the same characteristics as before. With this, she can recycle 100% of the aluminum used in the carcass, which is phenomenal yes, here is the first Mac with a 100% recycled carcass!

There are three colors for the new MacBook Air: silver, space gray and gold; It starts at $ 1,200 (with an 8GB RAM, 1.6GHz Core i5 and 128GB SSD configuration) in the US and is available for purchase starting today, starting shipping to consumers on November 7. .