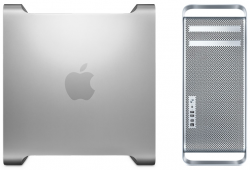 After the announcement of a possible launch of new iMacs scheduled for today, it was the turn of the Engadget receive additional information regarding new Macs Pro, which can also be launched at any time.

According to the source, in its new update the Mac Pro would bring two very generous configurations: while the basic version can come with eight-core processors and speeds between 3GHz to 3.6GHz, in its most powerful model it can bring processors with 16 cores and speeds from 3.6GHz to 4GHz. The rumor still points out that they could see three kilos lighter and with two DVI ports and a DisplayPort.

Although many believe that March 24 is the most likely day for official launches, including because of the announcement that Intel's new processors will only be available by the end of the month, this would not be a total drag. It would not be the first time that Apple would only make its products available for sale days after the announcement.

As for the timing of not being the most appropriate because it would compete with events like the PMA and CeBIT that are happening at the moment, I prefer to believe that Apple knows very well how to create its own buzz.

And the Apple online store is already down:

News at any time …