In the land of iOS and Android, it's not hard to imagine that the digital assistants on these platforms are the most popular in the world; after all, they are billions of devices powered by Crab and at Google Assistantrespectively. The news, however, that none more popular than the other, according to research “Voice Report 2019”, released by Microsoft.

In this sense, Ma's digital assistant tied with Google's in 36% popularity, dividing the top of the ranking, which is also occupied by Amazon's digital assistant, the Alexa (25%) and Microsoft, the Cortana (19%). As we said, this difference is partly explained by the fact that Siri and Google Assistant are more aligned with the smartphone and mobile device market, while Alexa is more focused on Amazon's smart speaker line.

The survey, which covered about 7,000 users in the UK, India, Australia and Canada, also investigated the relationship between the smart speaker market and artificial intelligence resources. According to Microsoft, the use of digital assistants on audio devices "increases year by year and is moving towards amplifying human capabilities."

Regarding the use of these digital resources, 72% of respondents search by voice from available assistants (Siri, Alexa, Google Assistant and Cortana); 35% use the search capabilities of smart speakers; 36% of users search through Smart TVs; and 31% use them in vehicles. With respect to voice commands, 52% of users make use of available resources to invoke digital assistants (such as “E a, Siri”). 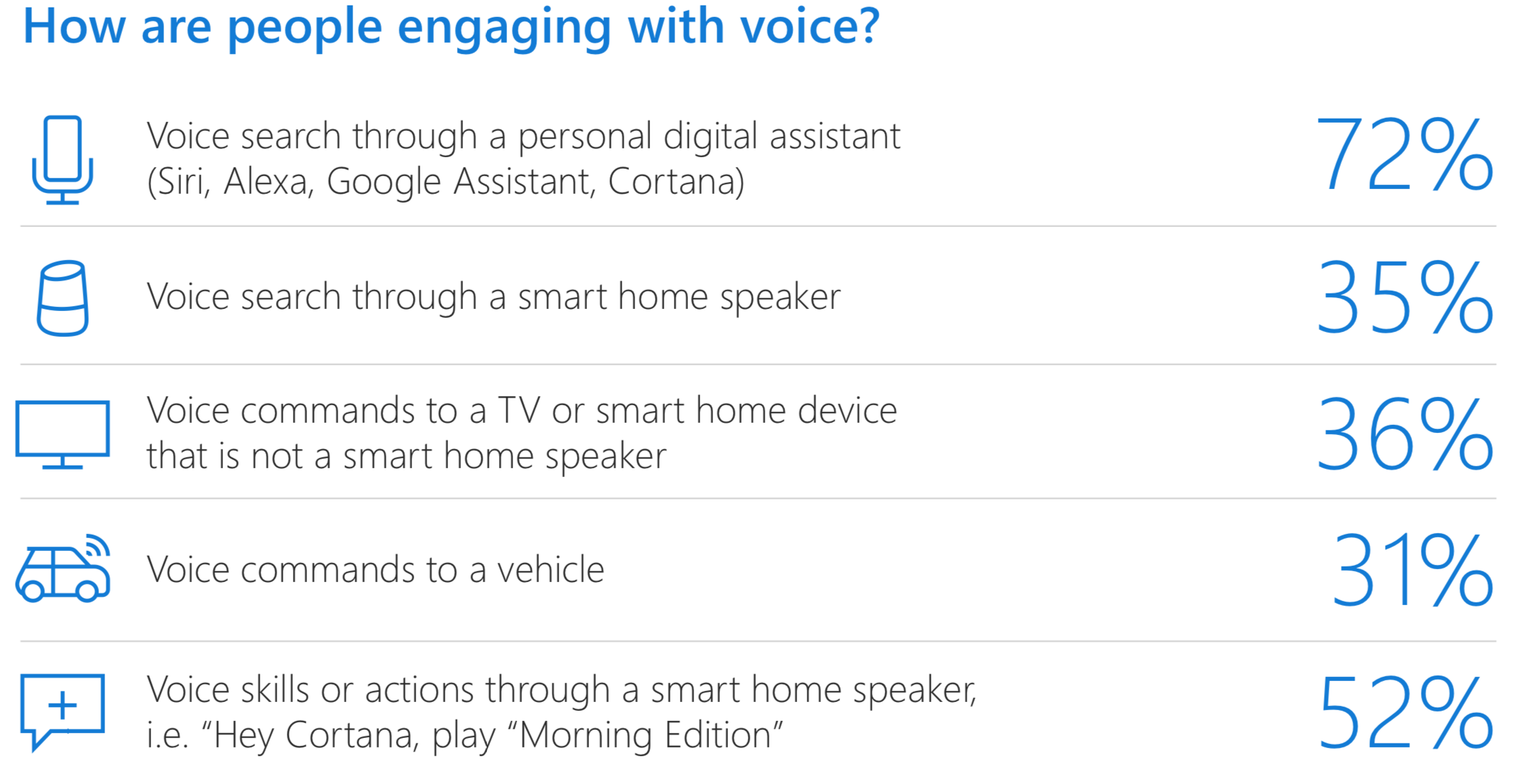 At the same time, Microsoft noted that privacy is the biggest concern for people using digital assistants. More precisely, 52% of respondents feel that their personal data is insecure, while 41% of users are concerned that companies actively "spy" on their actions. Of these, 36% said they did not want to share their data with companies and 31% of people believed their information was not kept confidential.

The full report from Microsoft can be viewed here (PDF).