The Autumn Equinox is when summer ends and autumn begins in the southern hemisphere, it won a tribute on the Google homepage. This Wednesday’s Doodle (20) shows a dry leaf fallen on planet Earth and the searcher’s logo designed with branches and yellowish foliage. The artwork is displayed to Google users from several countries in South America, Australia and New Zealand. When clicking on Doodle, the user is directed to the search page about the passage of the seasons.

End of Google+: what you need to know before the network goes down

What is the Autumn Equinox?

Equinoxes take place twice a year, when the Sun is positioned directly on the Equator, causing all areas of the planet to receive the same amount of light and darkness. Today, day and night will last 12 hours, depending on the brightness of the sun.

While in the Southern Hemisphere the event marks the end of summer and the arrival of autumn, in the Northern Hemisphere the Equinox indicates the beginning of spring. In September, the seasons change between the hemispheres: it will be spring in the south and autumn in the north.

During the fall, the incidence of sunlight gradually decreases, making the days smaller than the nights. Autumn officially begins at 6:58 pm on Wednesday and continues until 12:54 pm on June 21, when winter begins.

Other Doodles around the world

Google is also celebrating the arrival of the Spring Equinox in the countries of the Northern Hemisphere. The design is displayed in North America, Europe and Asia, and shows a large flower rising from planet Earth and the word Google represented by branches and foliage.

The Noruz, a celebration that celebrates the Persian New Year, is the theme of the Doodle shown today in Israel, Pakistan, Kazakhstan, Uzbekistan, Turkmenistan, Azerbaijan and Kyrgyzstan. The party marks the renewal of nature and won an illustration with flowers, butterfly and ladybug around the name Google.

In some African countries, Doodle recalls the 112th birthday of the Egyptian poet Gamila El Alaily. Google has also created arts to represent Tunisia’s National Day and the Dutch provincial elections, which take place on Wednesday.

What is the best Google Doodle? Opinion in the dnetc Forum. 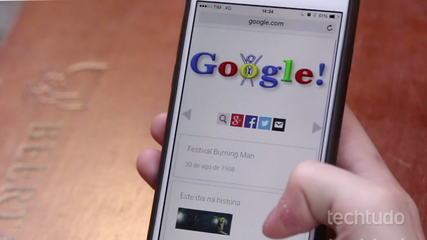 The history of Google Doodles