When we are focused on one action, we are vulnerable because all our attention is focused on achieving an ultimate goal. And this is the motto of Dark Maze, this Android version app of classic Evil Maze or Exorcist's Maze and has already scared a lot of people across the net. You might be wondering what this game is so interesting about, right? He is excellent for playing tricks and scaring his friends!

The idea of ​​the app works as a game, where the goal is to guide a blue dot and cross a maze, without touching the walls and without taking your finger off the screen. The path is narrowing and, at this moment, the game requires extreme concentration of the player who can no longer touch the walls, and who lives the fun. By touching the wall, POW !, the image of the girl from the movie The Exorcist appears on the screen. such a fright.

The Tenebrous Labyrinth app for Android has brought a feature that made the prank even more interesting, because the user can't take his finger off the screen requires him to be 100% focused on what he's doing. (Ok, this feature is not so dictatorial, the player can even take his finger off the screen, but will return to the beginning of the course.) 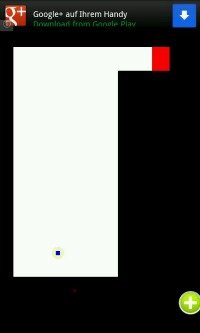 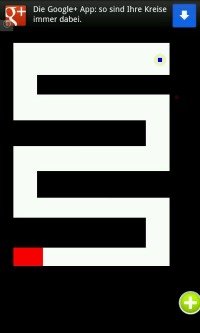 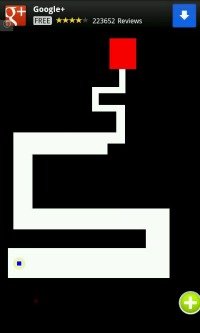 In addition, there are two or three tips for making the fright a spectacle: the volume of the device must be turned on at maximum or, for the victim to use headphones. The second trick is to make the person miss at least three times before reaching the last part of the course, as this makes the player want to reach the end much more willingly. As the video boy below:

The Dark Maze is an app that can also bring a headache to owners of smartphones who use the app to scare friends and family. Many fanfare had the devices destroyed by the victims, here are three testimonials as an example:

I let my friend play this game, he was sitting by the pool and he played my phone in the pool I think these are the last words I'm writing with him: '(

Perfect, the best done, too bad the people drop their cell phones.

Very good, but almost ran out of cell phone … dropped it, but I recommend it.

When it's time to scare someone, use common sense, don't try to do it with someone who just came out of heart surgery!

The app and all its features are free. To download the Tenebroso Maze app for Android, click the following link: