Last year we released a survey of Jamf (Apple's device management company) which showed that most corporate employees preferred to use Macs over PCs. The firm conducted the same study this year, and the results certainly didn't disappoint Ma.

About 1,285 employees from various companies around the world answered a number of questions about using Macs and PCs in the workplace, with the results suggesting high levels of Mac satisfaction by employees in departments such as IT, human resources, sales, and engineering.

When asked about how Mac contributed in many ways to their work, about 97 percent of respondents said Ma computers increased their productivity; 95% said they had more creativity; 94% confirmed technology self-sufficiency; and 91% explained that Mac contributed to the collaboration.

In addition, the vast majority of respondents (79%) stated that they would not be able to do their job as well without a Mac. Some reasons for this include ease of use, preference for the user interface and design of macOS, and integration with others gadgets from Ma. 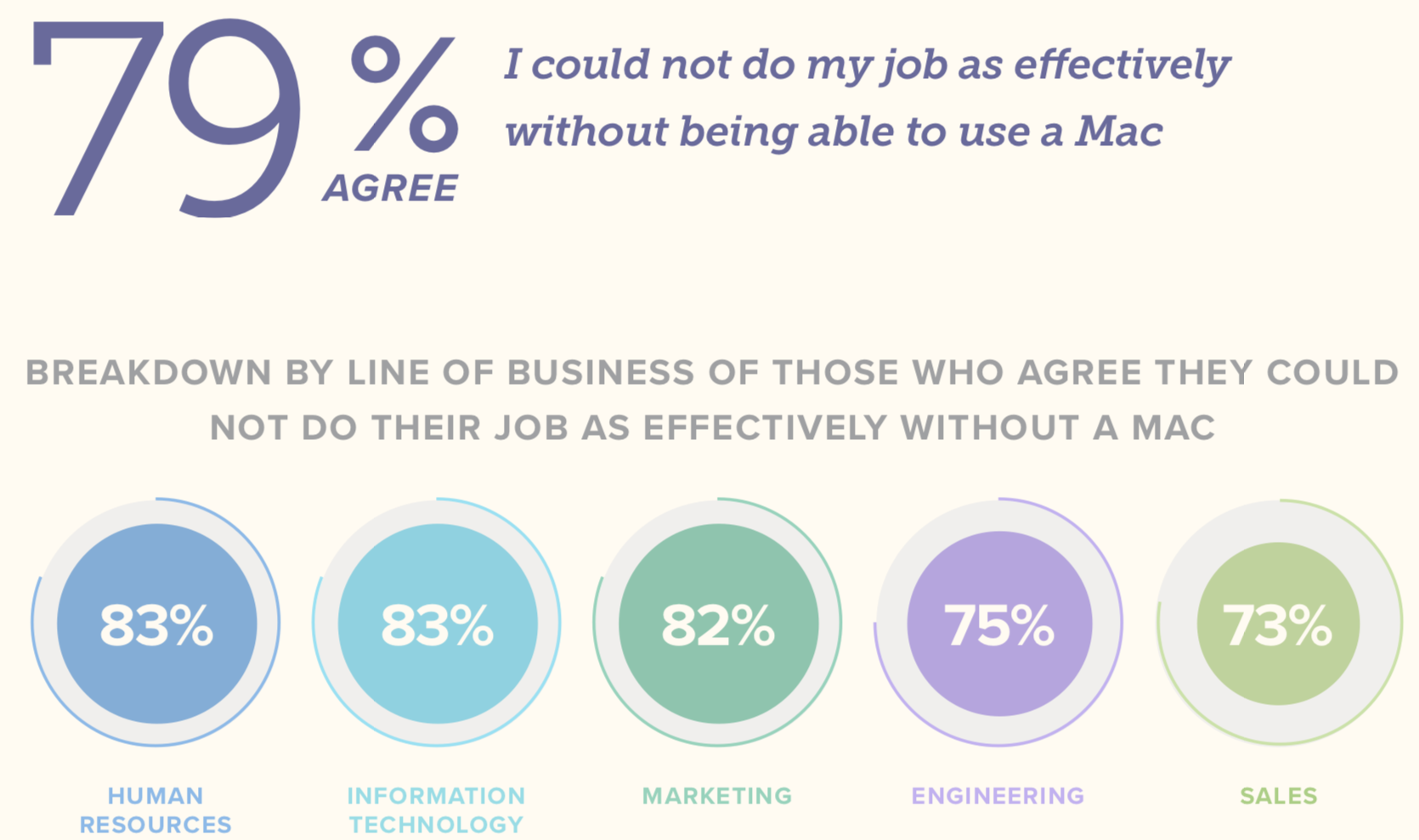 Reliability was also a major reason for Mac preference in the workplace. In this regard, 74% of respondents who previously used a PC for work said they experienced fewer problems now with a Mac than before. About 19% of users were indifferent and only 7% said they had more problems with the Mac than with the PC. 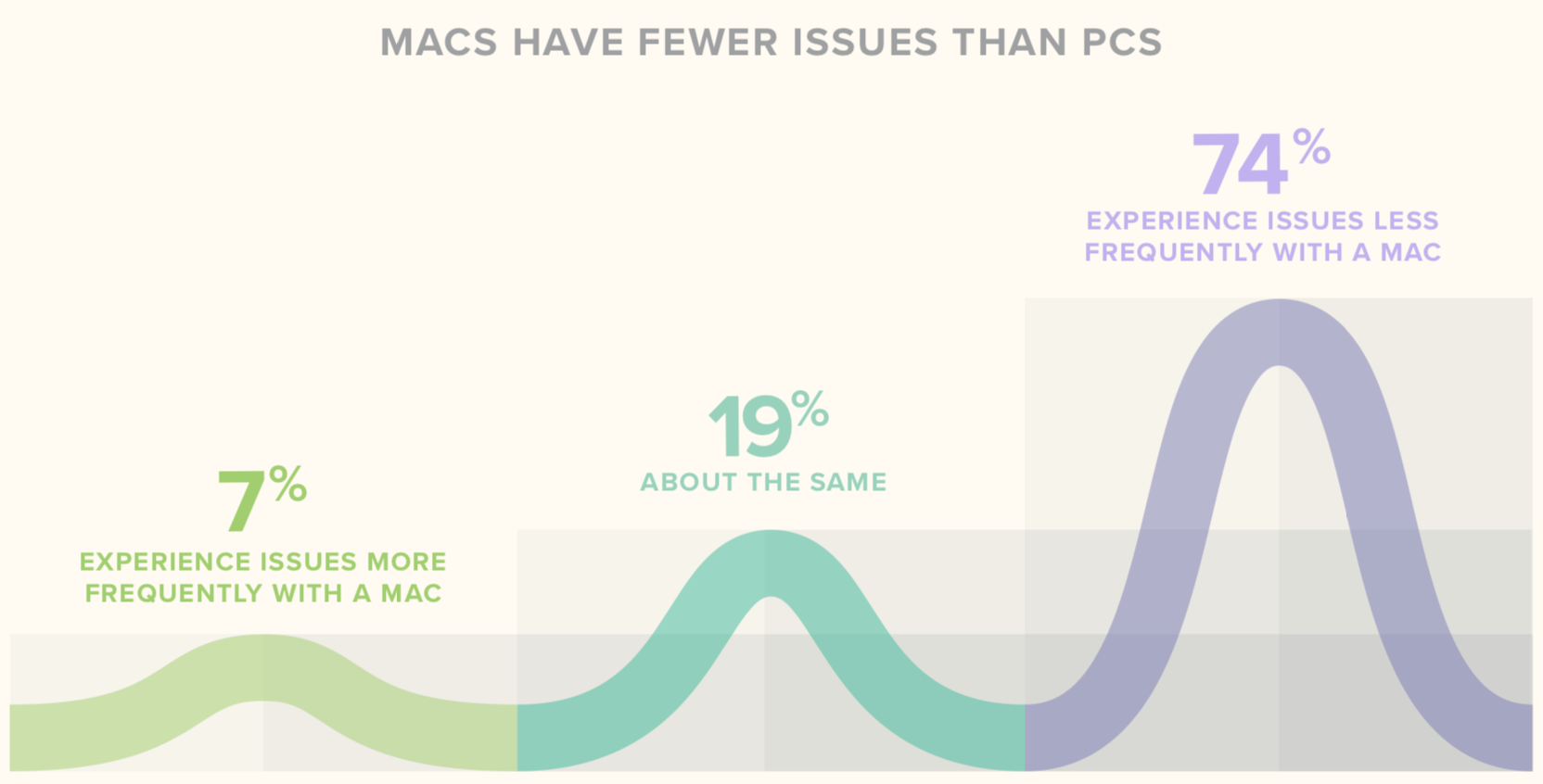 Overall, 97% of respondents said it is important for the company to allow employees to choose which device they want to work with; Of those, 94% said they are more likely to be in a company that lets them choose between their Mac and PC. The reasons for this choice are, according to them, productivity, creativity and a sense of appreciation.