Battle.Net an online gaming service from Blizzard, which has titles appreciated by the gaming world, some of which I can name are: World of Warcraft, Diablo III, Warcraft III, Overwatch, among others. Unfortunately the Blizzard launcher does not have a native version for Linux. Don't worry though, we will show you how to configure Battle.Net on your Ubuntu, Mint and derivatives. 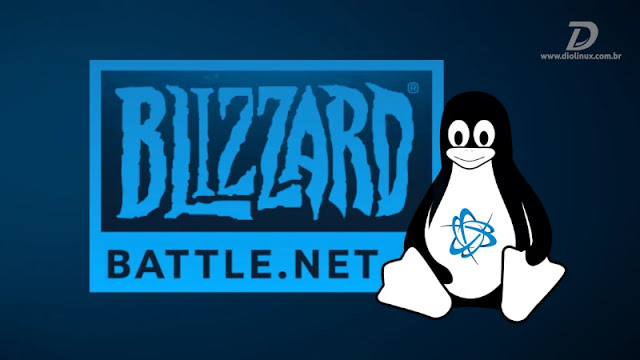 For some time it would have been foolish to form a sentence stating that the penguin is viable for games. However, if there is something I have learned in these years using Linux, that things evolve and change so rapidly in the IT landscape that every day a bomb project can be revealed. It was like this with the Proton and Valve Steam PlayBut there are games out of the Steam store and you don't stop playing them. If you have a game on Battle.Net and want to install on your Linux distro, in my case Overwatch, proceed as I will show.

I mentioned earlier that Blizzard did not make its launcher available for Linux, however its installation is quite simple. An extra step will be needed, instead of simply downloading the program and installing it, we will use an intermediate. After all, Battlenet.Net was not developed with Linux in mind, but through Wine (which is not an emulator but a compatibility layer, let's say it translates what the Windows program says to Linux and vice versa) . If you haven't set up your game system yet, this post can help you. If you have a computer with an NVidia video card, install the drivers as in the article above, this is for AMD card users or even APUs, or Intel processors (without an offboard GPU), however in these cases the Mesa Driver version should It will be the most current (I prefer to use the latest stable versions, and nothing to try to install Nvidia driver on an AMD or Intel processor It seems bullshit, but I have already received help requests for these gaffes).

How about automating the installation of Wine, Vulkan, Lutris and the various libraries required for Battle.Net to work properly on Linux? You can do the procedures manually or by following the articles we wrote in Diolinux.

Thinking of your convenience, we provide a script to automatically configure Wine, Lutris, Vulkan and other libs. If you already have the Video Driver configured, for NVidias and Mesa Driver for the others. Just run the script and wait for the magic to happen. Then we only have to install Battle.Net, directly from Lutris.

This script adds the Lutris PPA repository and the Wine repository, later installing not only Lutris itself, but also Wine, with additions of some packages intended to run games that use Vulkan, DXVK or D9VK (32 and 64-bit libvulkan1) , as well as adding some extra packages to ensure Battle.Net launcher compatibility.

Extract the ZIP file, enter the directory that will be created by name Lutris-Wine-BattleNet-master.

Right click on the script, Lutris + Wine + BattlNet.sh, access the option properties and check the option that allows the file to execute as a program in the tab Permissions. This in the case of Ubuntu using Nautilus, in other graphical environments the steps may be slightly different. 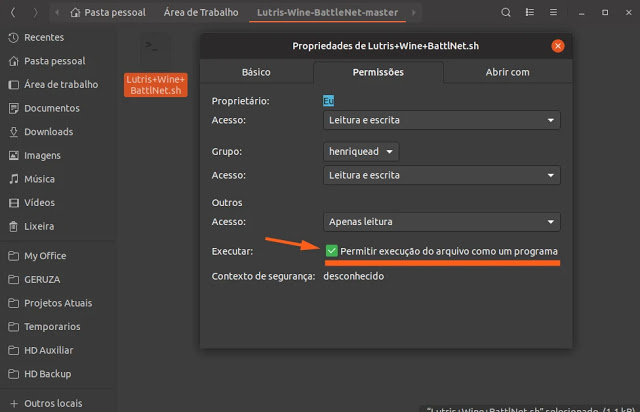 Now click inside Nautilus, or its file manager, with the right mouse button (you must click on some empty space, not on top of the files) and see the option. Open in terminal.

If you did not allow the script to execute, as I mentioned earlier an extra step will be required. Give those permits.

To run the script use the command below, enter your password and wait for the magic to happen (internet connection required).

Already set up everything, just install Blizzard launcher. Lutris is very practical in this regard and also automates everything. There are two ways to install programs or games on Lutris. 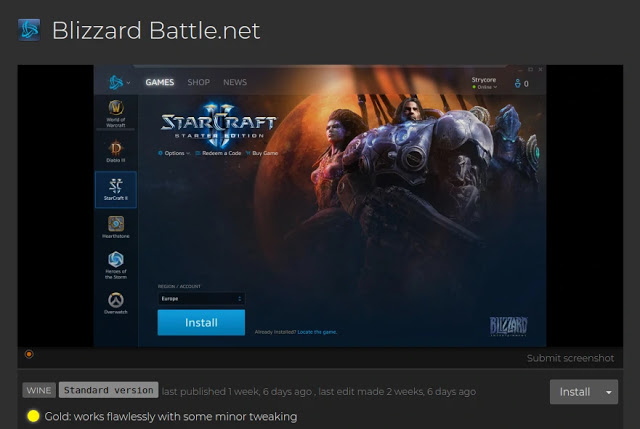 A popup will open informing you that this link needs a program to open. Open the link and it will direct you to Lutris installed on your system. 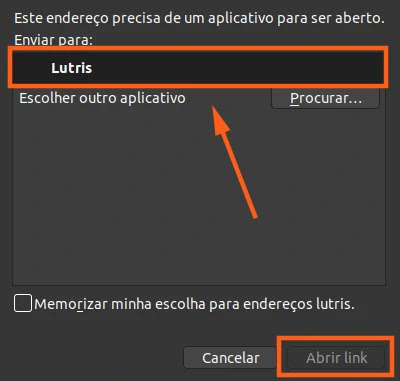 Another way by searching Lutris software directly on your computer for Battlet.Net, just after clicking Install. 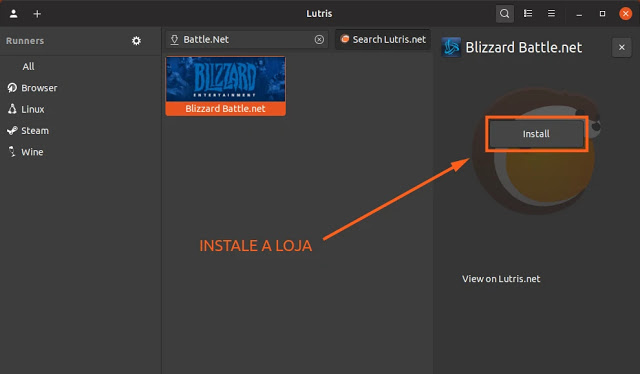 Some options will appear, click again Install for verse Standard. 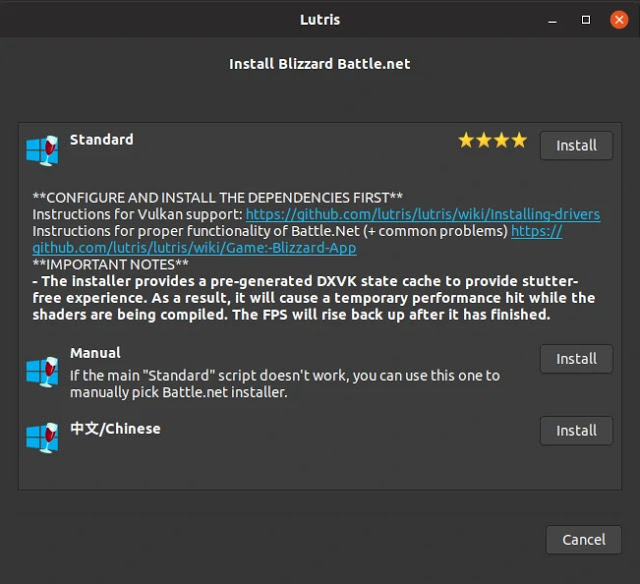 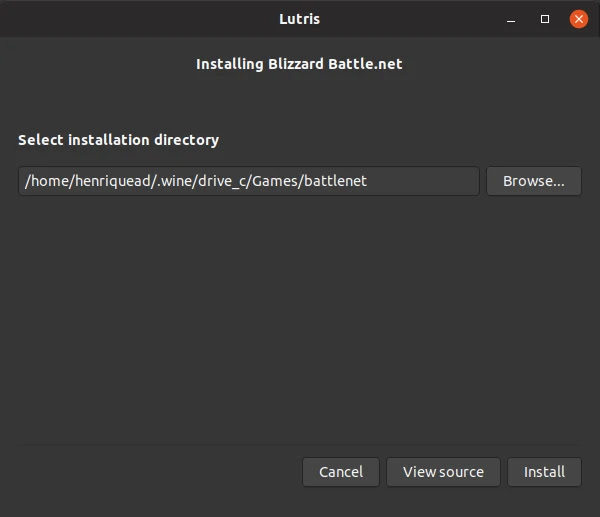 Wait for the procedure to finish, this will depend on your internet connection. 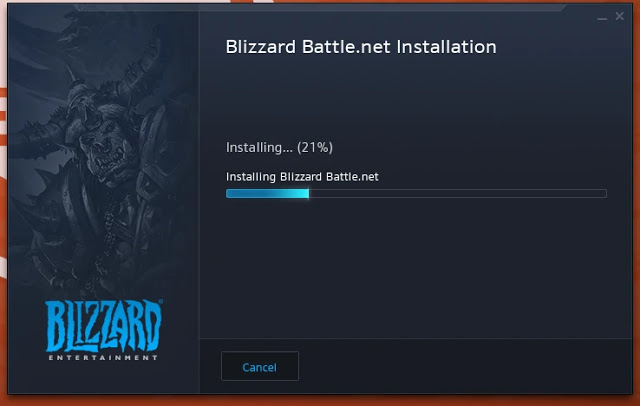 From then on you can proceed normally, as you would on Windows or macOS, by choosing your game and installing it. 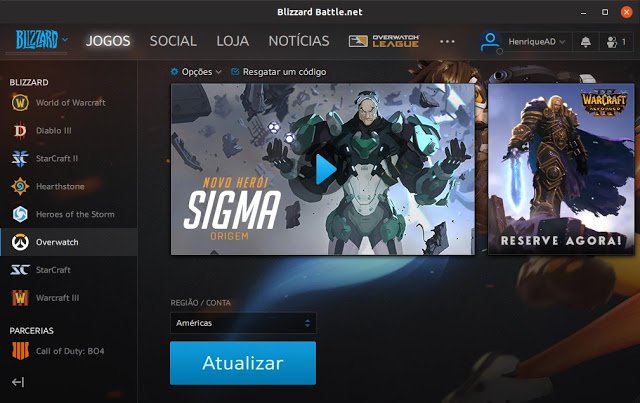