One of the most downloaded apps in the Android and iOS games area. Paper.io is an addictive game that will make you want to try one more time. The idea is similar to Slither.io and Agar.io, but with many details and different mechanics.

The idea is that you dominate the arena by increasing your territory. But the challenge can do that without being eliminated by other players. Want to know how it works and how to play? Continue reading!

What is Paper.io for?

Each match takes place in an arena. The player is a cube of a certain color and his mission to conquer the largest possible territory. To do this, you must cross and "paint" the entire space. It sounds easy, but there are some factors that must be taken into consideration. There are other players in the same arena with the same goal as yours. And to defeat them, just touch their tails. When this happens, the player automatically eliminates and loses that match.

Your cube will always paint a line where to go. To conquer a space, I need to join the ends of this line. This trait makes you vulnerable and any other opponent that comes into your trait (tail) will eliminate you.

You can return to the game as many times as you like. However, every time you get eliminated and want to go back to try again, you need to watch an advertisement.

Paper.io is one of those games that makes you always want to play more. The challenge will always be the same and the ways to be eliminated too. It's hard to stay alive in the arena for a long time, but with every bit of the arena conquered an additional trigger to try a new match when it is eliminated.

Advantages and disadvantages of Paper.io

Free game for both Android and iOS. Its very simple mechanics. To make your cube walk through the arena, just touch hers with the fingers. This makes it addictive, a great pastime during long bank queues, for example.

Its amazing look does not leave your eyes tired, allowing you to spend a good time trying to conquer more and more space. Being a game with a certain difficulty, it becomes challenging to stay in battle for a long time.

But, like any other game, there are disadvantages in Paper.io. Because it's free, there are advertisements and they appear whenever you get deleted. To return to the game, I need to watch a video from some sponsor.

The individual game thus has no multiplayer mode, meaning you always play alone without allies.

Tips and tricks to get along on Paper.io 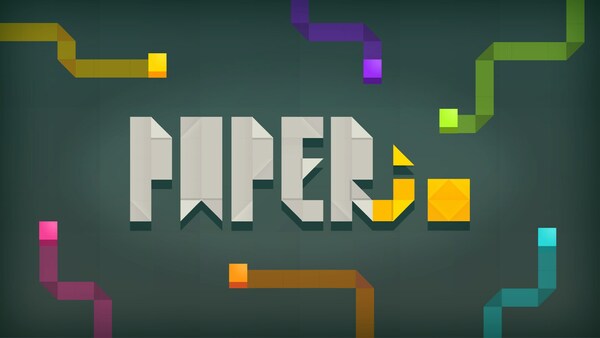 It's natural to want to beat all your rivals. But play only by attacking other players a bore. Go to quiet places where there is so much dispute. And start to expand. This will help improve your attacks in the future.

There is a little secret in Paper.io: the map always appears blank. But you never appear in the same place. You need to know how to read and understand the map to know which tactic to use. Being something that will always change, it means that your strategy also always needs to be appropriate for each match.

And the? Interested in gaining territories on Paper.io? Download it for free right now and start testing!