Whoever was born in the digital age has no idea what not to know what something means and having to go to the library to consult heavy and dusty encyclopedia or dictionaries to solve any doubt and obtain knowledge.

But I'm not trying to be nostalgic, a real gift to have the internet in the palm of our hands. However, when you have a sea of ​​possibilities, it is difficult to know which sources are truly reliable.

When it comes to language learning, there are still great physical dictionaries that have maintained quality for many decades. This is the case of the Oxford dictionary, which in addition to having a physical version of its English dictionary for Brazilians, now also has its own app called Oxford School Dictionary. 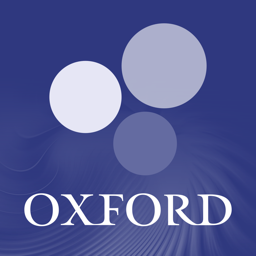 One of the important and never-ending steps, in fact in language learning is the acquisition of vocabulary. After all, not even the natives of a language know all the words of the language, so dictionaries are necessary.

As far as information is concerned, we know that Oxford dictionaries are quite complete and reliable. Each word presents the closest word to it in the other language (its meaning), as well as examples, conjugation of verbs, both American and British pronunciation and sometimes even images.

What sets this app apart from others in the same segment is the way it allows us to organize the learned vocabulary. That is, in the "Favorites" tab there is the possibility to create folders by subject or by sounds, which you prefer, actually within the app and, thus, create a database with the words in a personalized way. It is also possible to export this list, but unfortunately the file generated in HTML and only really shows a list, without the meaning or the like. It could be at least a table to facilitate the creation of glossaries (developers, here is a tip from a translation student).

In the "Dictionary" tab it is very easy to search for a new term, and you can switch the language (English to Portuguese or vice versa) just by tapping on the title. In the upper right, you can also browse the history of searched terms.

It is still possible, through the app, to record your speech to check if you are approaching the native pronunciation or not. However, you will only be able to play and listen to it right after recording; when you leave the page, the recording disappears (it is not saved in the app).

Ultimately, the Oxford School Dictionary will make life easier for those who are learning English, helping with a safe source. You can download it for free from the App Store and test some words, but you need to make a purchase of R $ 64.90 to access the entire dictionary (just over 200MB). The value, which seems salty for an app, ends up paying off a lot if we think that it works offline too and that you will not need to be walking up and down with a physical volume that, in fact, is even more expensive.