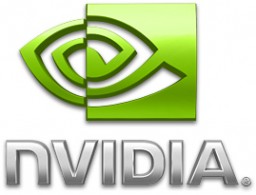 Five notebook owners from Apple, HP and Dell have combined their lawsuits against NVIDIA in an attempt to force the manufacturer to replace known defective graphics chipsets. They filed a complaint last week at the Federal Court in San Francisco (United States) accusing NVIDIA of violating laws that protect consumers.

NVIDIA acknowledged the construction defects in its chipsets in July 2008, reporting that a significant number of older graphics processors had been distributed with the problems and that more than $ 196 million was available to pay to replace them.

Apple acknowledged the problem with the GeForce 8400 and 8600 in October, claiming that it could do nothing but wait for its notebooks to have problems. But the Cupertino firm assured its customers that any machine that had problems would be repaired free of charge up to two years after its purchase. Dell and HP made available BIOS updates developed by NVIDIA itself that increased the turning speed of GPU fans to try to reduce the chances of overheating failure. Subsequently, both extended the warranty on the affected notebooks and, in some cases, offered free repair.

The five notebook owners who are suing NVIDIA believe that defective processors could lead to bigger problems over time, such as degraded battery life, lower system performance and excessive noise. They also believe that the solution presented only guarantees that the computers will not be defective within the warranty period, leaving users to deal with real problems that may appear after a longer period.

The prosecution expects the lawsuit to be considered a case of popular action, which would involve millions of notebook owners and could force NVIDIA to replace all defective chipsets (and still pay for damage caused).