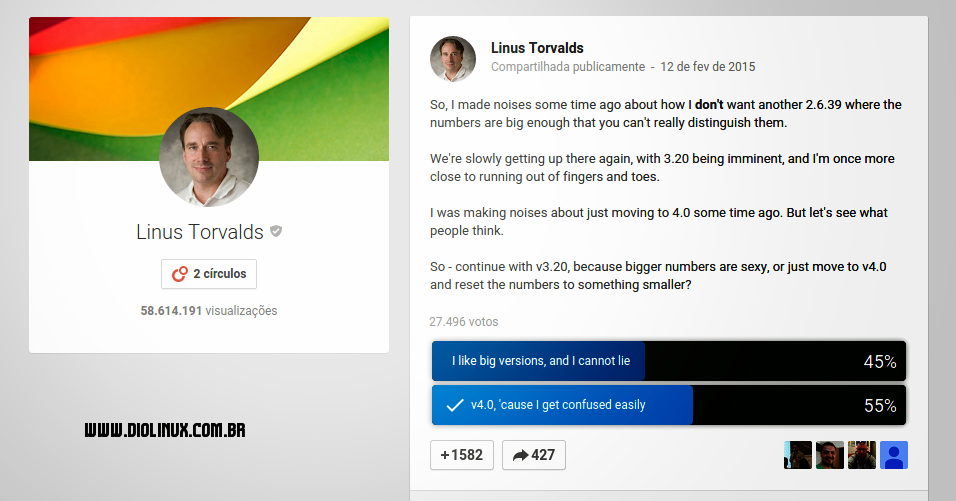 Linus Torvalds posted a poll on his Google+ profile to let users know what they thought should happen next numbering release of the Linux kernel.

Linus comments that he would not like to happen again what happened with Kernel 2.6.x of the Kernel, where it came out version after version and no one could distinguish between what came in one version and what came in another.

He comments that he was already thinking about launching Kernel 4 but before doing so he preferred to ask the public opinion. So far the adoption of version 4 of the kernel has expired, which indicates that joining the will of Linus and public opinion the next version should be the same 4.

What is your opinion? You can vote too at this link.