According to an NVIDIA spokesman, the GeForce 320M that Apple placed inside its new 13-inch MacBooks Pro is not a large-scale component on the market, but a model created specifically for the smallest of Ma's professional notebooks. The announcement suggests that it is the new generation of the GeForce 9400M, created as an option for high-performance integrated graphics for notebooks based on the Core 2 Duo processor in 2008. 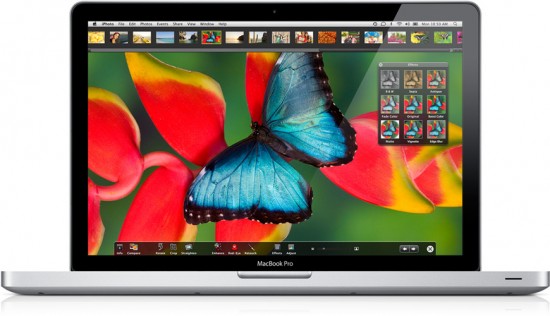 Like the previous GPU, the GeForce 320M shares memory with the standard RAM of a MacBook Pro, which makes it less powerful than it should be with integrated memory. But still, based on information from Apple itself, it is 80% faster than the old 9400M, which makes it the fastest integrated graphics hardware on the market at least, that's what the company's engineers say.

Although it is not a product similar to the most advanced graphics now available on the 15 and 17 inch MacBooks Pro (in addition to not running fuller games), the GeForce 320M is a good advance in the graphics performance of Apple's smallest professional notebook. incorporated into polycarbonate MacBooks and MacBook Air in the future. It is able to take advantage of all the hardware acceleration technologies of Mac OS X Snow Leopard, as well as offering longer battery life (10 hours for a 13-inch MacBook Pro!), Thanks to its reduced power consumption. 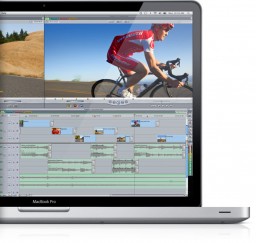 But Apple's more aggressive advances in graphics hardware can be seen in the 15-inch and 17-inch MacBooks Pro, which use Intel graphics hardware in conjunction with an NVIDIA GPU that is on the market for other manufacturers, the GT 330M. Because of the legal war between these two companies, this combination would not be possible with the same system architecture adopted by Apple previously, which motivated the company to create its own system of switching between GPUs for the new machines.

This means that even the Optimus technology, available to other manufacturers to integrate NVIDIA GPUs into computers with the latest Intel chips, has not been considered by Apple. Instead, it decided to create its own dynamic system, relying on Mac OS X to control the change between Intel graphics hardware integrated with Core i5 and i7 processors (with greater energy efficiency and considerable performance) and NVIDIA's that does huge difference in more advanced software.

here where Apple appears to have an advantage in this type of notebook system. Optimus technology not only requires the computer to maintain a list (updated via the internet, inclusive) of applications that are recommended to use a particular GPU, but it keeps your dedicated graphics hardware working even when Intel's is being used.

In the meantime, the new MacBooks Pro switch between them based on frameworks that professional applications call to perform more advanced tasks such as OpenGL, Core Image and Quartz Extreme. Such level of integration between hardware and software has made Mac OS X smart enough to switch between two GPUs correctly, turning off the one that is not being used, to save energy in this way, the final battery life of these machines varies between 8 and 10 hours.