Monday through Friday of next week, Apple’s most important event of the year will take place – its Worldwide Developers Conference, now in the 30th edition. For the third consecutive year, it will be held at the McEnery Convention Center in San Jose (California, United States).

Although WWDC is a weeklong event focused on developers, on the morning of the first day there is always an opening keynote with the presentation of the new Apple operating systems – this year, the iOS 13, The macOS 10.15, The watchOS 6 it’s the tvOS 13.

It is not a tradition in WWDCs, but sometimes Apple takes advantage of these keynotes to launch new hardware as well. As MacBooks Pro, iMacs and even iPod touch have been updated in recent weeks, we will hardly see anything new in that regard over there. What we can have, yes, is a Sneak peek of the new Mac Pro modular and the long-awaited new monitor of the Apple.

This keynote will take place at 10:00 am on Monday (June 3) by local time, which is equivalent to 14h by Brasília time. Next, you’ll know how to follow the event.

Apple has already confirmed that it will transmit the keynote Live via streaming of video. 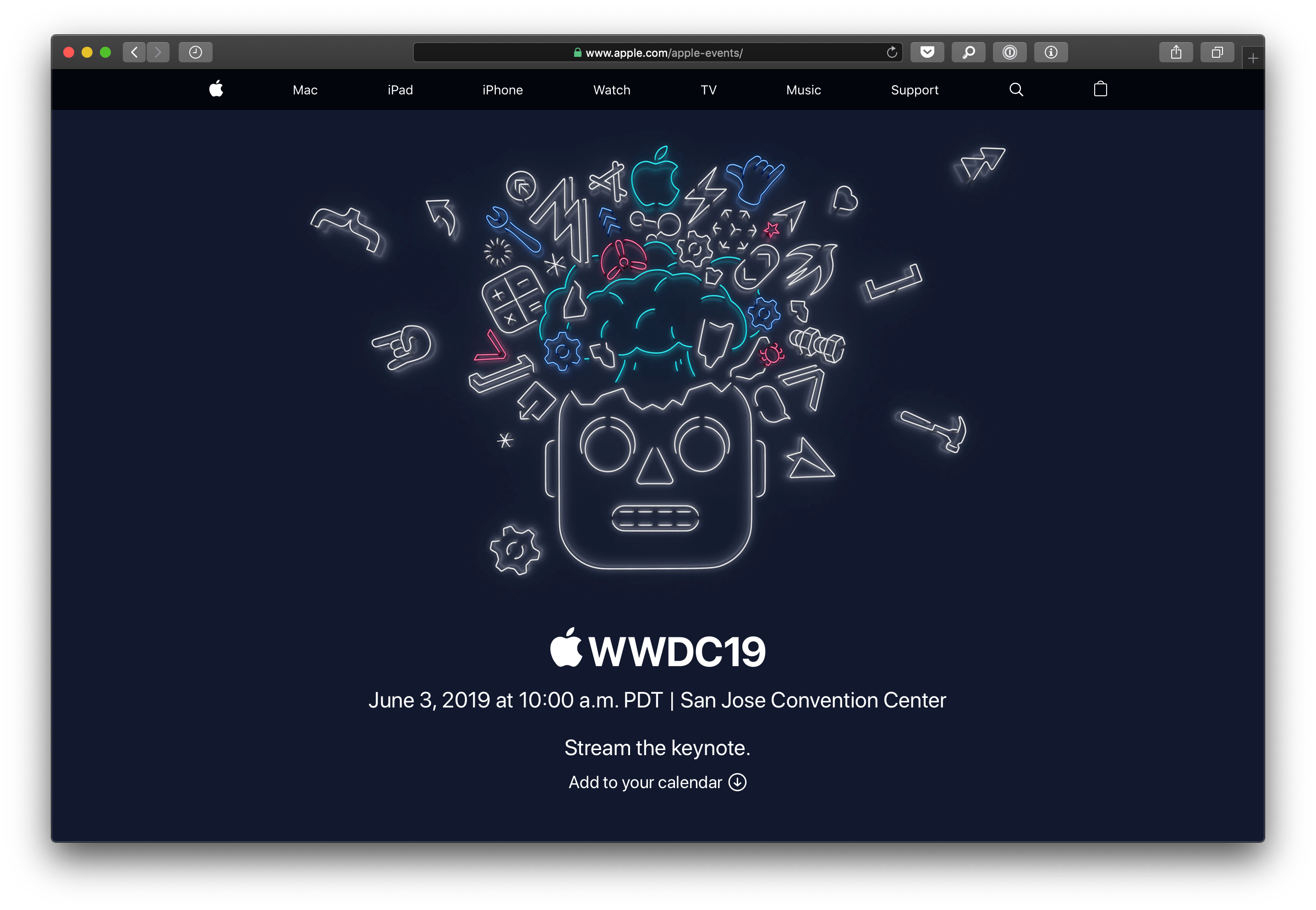 It can be followed by either the company’s website (requires an iPhone, iPad or iPod touch running Safari on iOS 10 or higher; a Mac running Safari on macOS Sierra 10.12 or higher; or a PC running Microsoft Edge on Windows 10; and Apple even mentions that users of other platforms will be able to access the stream using recent versions of Chrome or Firefox as well) or a second generation Apple TV (or higher) with the latest version of your operating system installed. 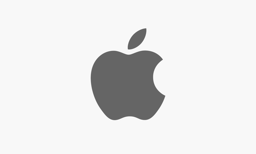 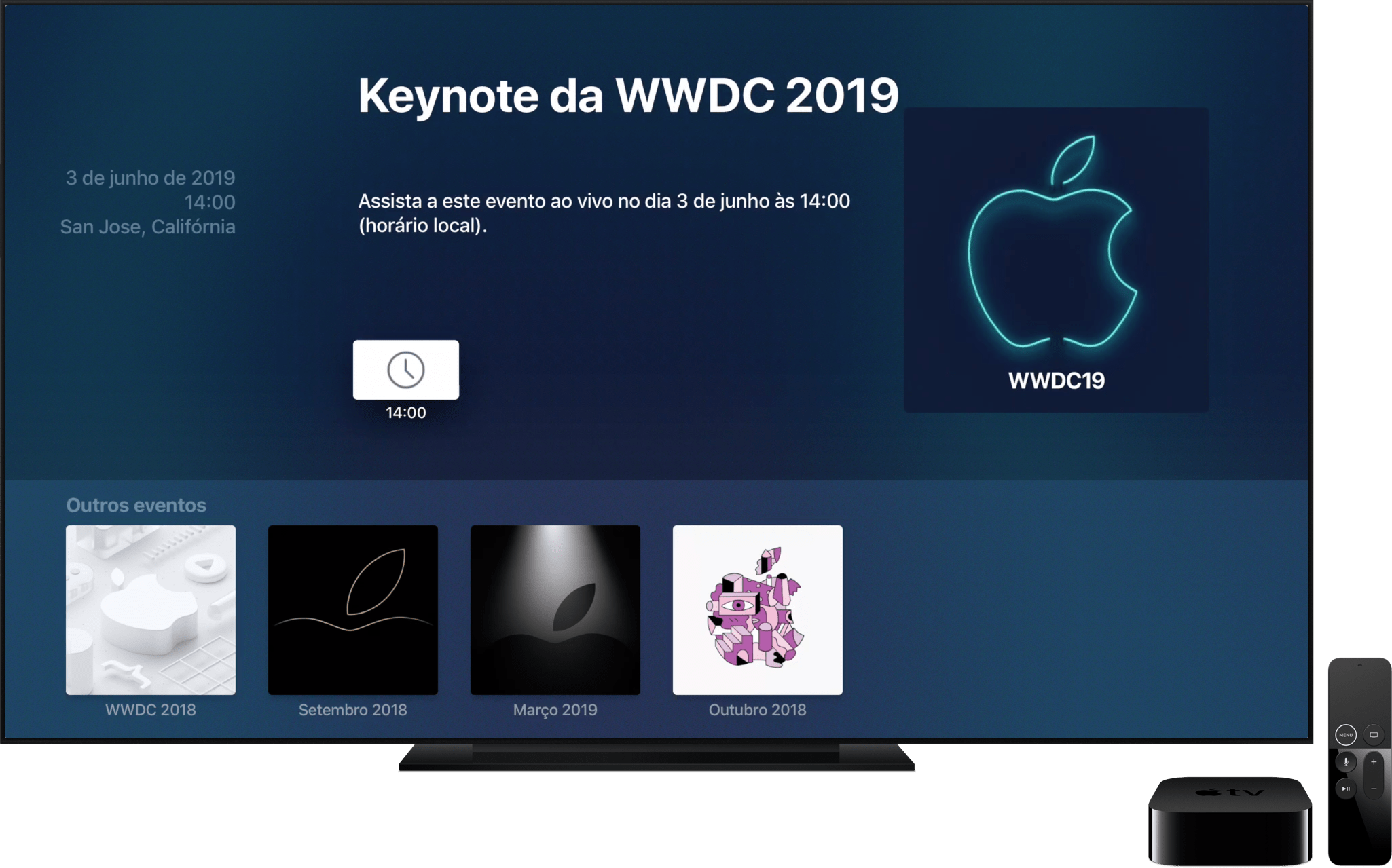 Even with Apple’s live broadcast, our MM Live is guaranteed, with event information brought to you in real time, point by point, in Portuguese. 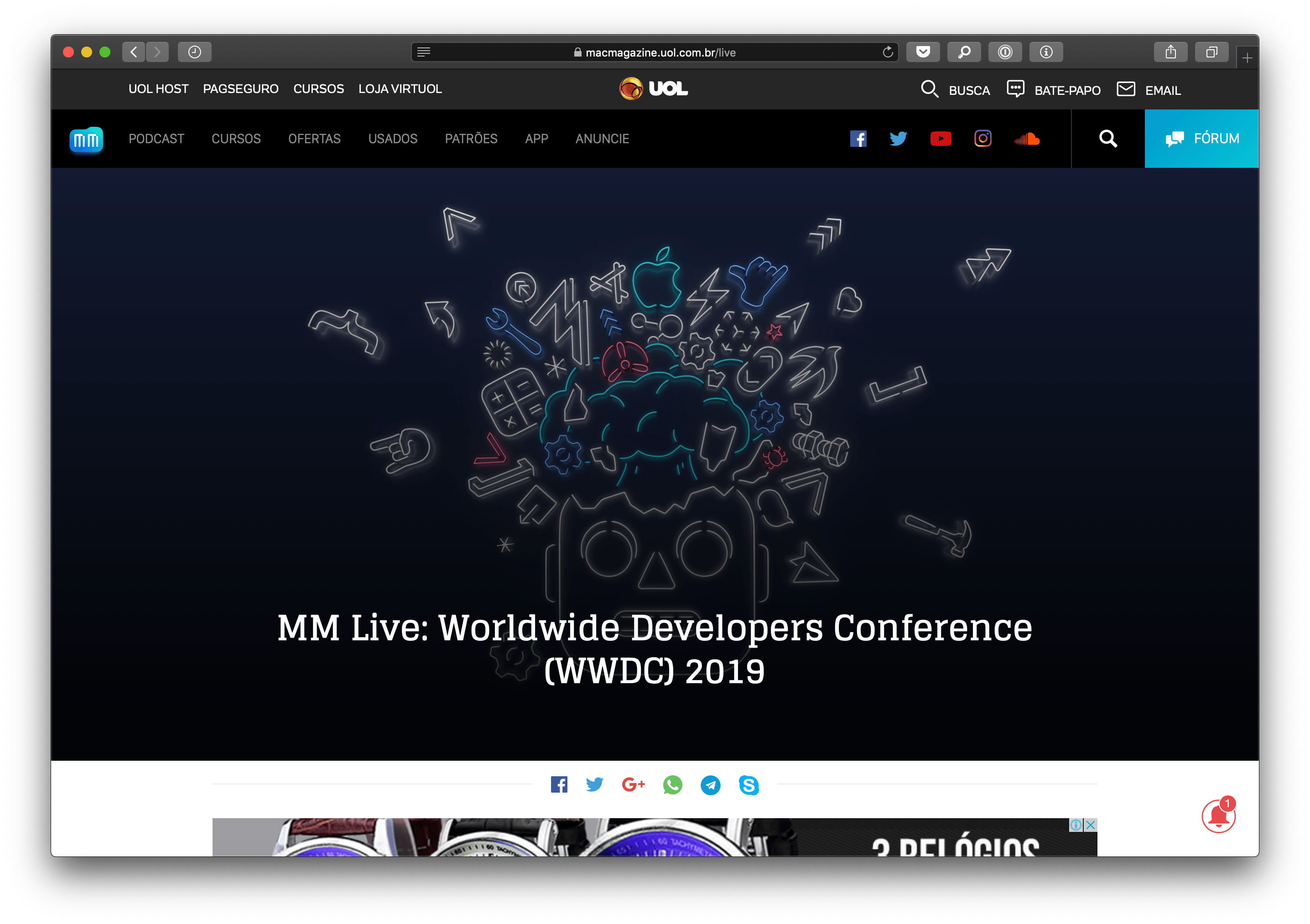 It’s a great addition to the official Apple broadcast and a perfect alternative if you can’t keep up with the broadcast itself at keynote time (it will be business hours in Brazil, after all), since we do MM Live both in text and with images – and it works well via desktops or mobile.

For those who cannot follow everything in detail during the keynote, we will post on Twitter at @MacMagazine the main highlights of what is being announced there.

We don’t want to flood timelines others for nothing, so the idea is just to post some tweets during the entire event.

Obviously, while all of the above happens in real time during Apple’s presentation, we will have a team working hard on full and detailed articles on everything that is announced and what else is going on here for the site.

Although the keynote itself lasts between 1h30 and 2h (maximum), normally, our coverage extends until late at night – depending on the volume of news, of course.

We will record issue # 325 of MacMagazine On Air on Tuesday (4/6) at night, the day after the keynote.

Exceptionally, due to the importance of the event, we will open the live recording to everyone here on the website (something that is normally closed to bosses). Stay tuned!

As is also a tradition, we created a ticket that you can place on the iPhone Wallet app in order to be informed a little before the special event starts.

Add it by clicking / tapping below: 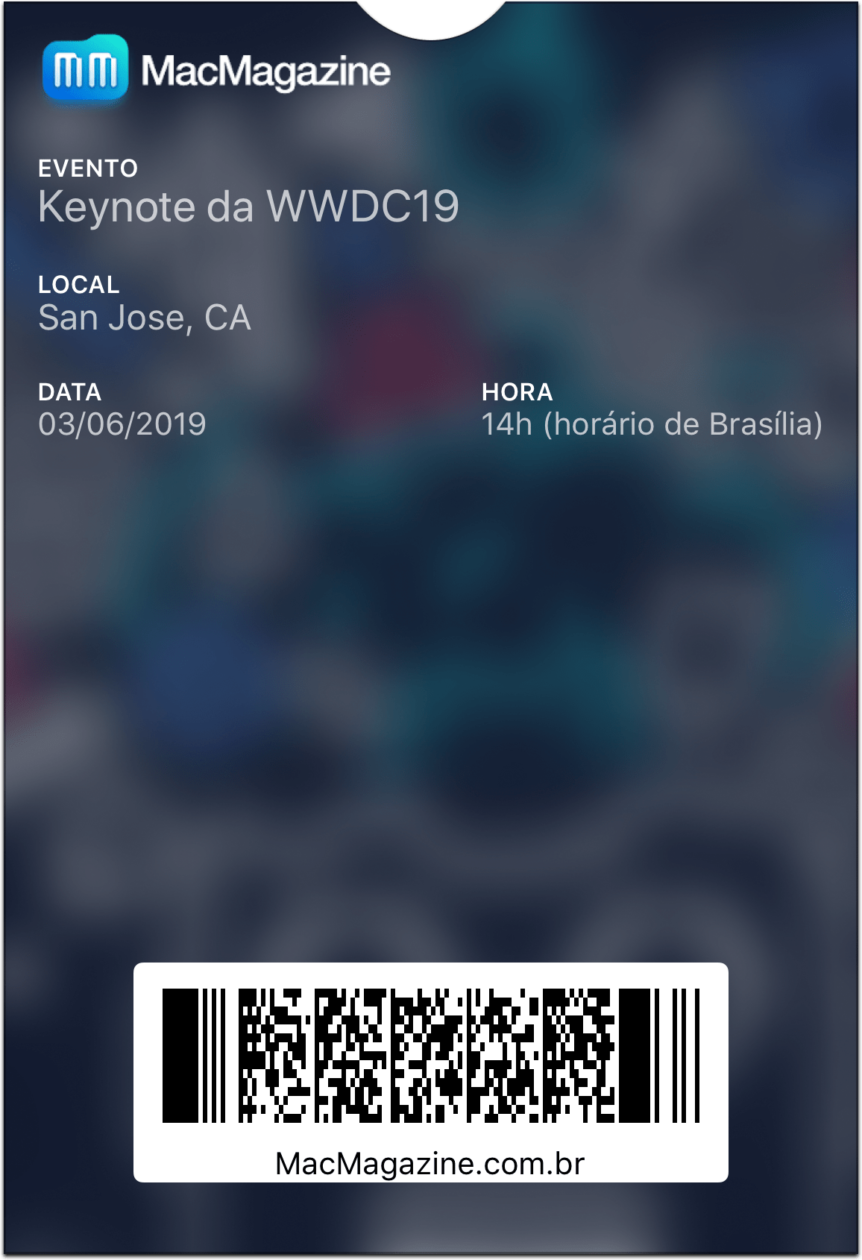 Or scan the following QR code using the Camera app (native to iOS): 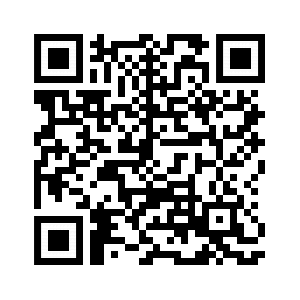