O Open Street Maps was the subject of an article here on the blog and for those unfamiliar with it, it is an open source code project that aims to provide a map application similar to Google Maps, all with the help of volunteers, who today add up to over 500,000 individuals in a community system similar to what Wikipedia adopts. 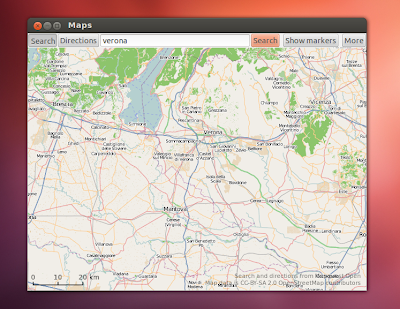 Google is a great power in many segments, one of them being Maps, so-called Google Maps is the reference software for geographic location for most people and businesses that use their services in some ways.

The work of extreme quality is taken as a reference, great! Or not so much, because Google Maps is free for home users only, companies wishing to integrate their services with Google Maps must pay for the API to Google.

Now it's software giant Microsoft's turn to stick out its sleeves to develop a product that competes with Google Maps Because a Bing Maps could take you to PQP xD But more aware than Apple, Microsoft did not want to develop something of its own, but rather invested in the Open Source project, Open Street Maps, in order to improve a free product for everyone to benefit from.

According to a recent report from the New York Times, some companies are already giving up Google Maps to adopt open standards like the Foursquare social network.

Project founder Steve Coast now works for Microsoft at Bing and has not abandoned the Street Maps project, he would be working to make the task of getting and using OpenStreetMap information simpler. According to the same New York Times story, Microsoft has reportedly donated valuable data to the service, which was also adopted by Bing.

And the fight between the companies, Google vs Microsoft, not to put it, one provokes the other, see more examples of this on here and on here.

And you reader, what do you think of Microsoft supporting an Open Source project like this?