Today Wednesday (2), Microsoft booked the afternoon to present various hardware of its Surface line. The expectation was very high, after several rumors of a possible Surface phone and Windows 10X. After all, was there or not the long awaited Surface phone? 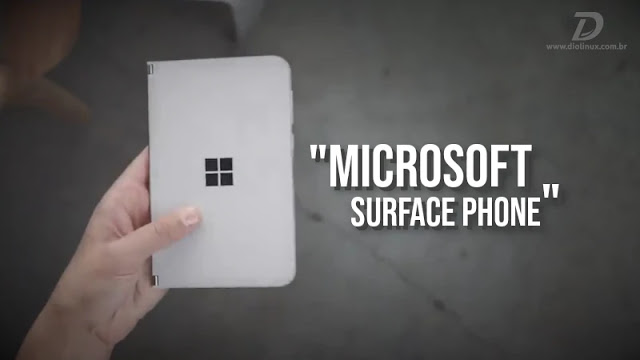 THE Microsoft Event, was filled with announcements of new devices, and even a new version of Windows 10, designed exclusively for folding and dual screen devices. Codenamed Santorini, The Windows 10X came up with an ambitious proposal to be redesigned for devices such as tablets flexible devices that turn into something with laptop-like usability. Remember that Windows RT had a similar idea, but the target of the new system is hybrid hardware, no tablets, no notebooks.

Below you will be able to see Windows 10X in action, being presented by the program manager of the Microsoft Partner, Experiences and Devices group. Next to the new Microsoft Surface Neo, a type of tablet with two separate 9-inch screens and when closed closely resembles a notebook.

Also presented at the event were the Microsoft Surface Pro X it's the Surface Pro 7, with static and internal changes. Allied to Qualcomm, MS offers a new chip based on ARM architecture, being a fruit of this partnership.

Other equipment was presented. THE Microsoft Surface Laptop 3, it's the Surface Earbuts (wireless headset with battery).

Finally, the big surprise of the event was presented. After years and years of rumors, behold the Redmond giant surprises everyone with the Microsoft Surface Duo. Having two screens, as well as Surface Neo, but with smaller proportions and using Android instead of Windows 10X.

THE smartphone It has two 5.6 inch screens, however, even being foldable the set is not a single body. Being actually two separate screens. Visually not so elegant, but avoids display problems. Anyone who follows the Android world knows the bumps Samsung has been experiencing with its Galaxy Fold.

#Surface Duo is the first Surface that fits in your pocket! Two5.6 screens that unfold to8.3. Surface Duo brings together the best of Microsoft productivity, Android apps and Surface hardware design into a device you can take anywhereing Holiday 2020. #MicrosoftEvent pic.twitter/eSs1cZrSV9 Yusuf Mehdi (@yusuf_i_mehdi) October 2, 2019

You can fold the device, or leave it open as a tablet. Adding to the two screens, in this tablet mode, its panel reaches 8.3 inches.

Surface Duo unites the Surface line experience with Android, but not every company fan was happy with this Surface phone. We already know that Windows Mobile had come to an endHowever, as I looked at the internet reviews, I realized that the main complaint was due to its new concept of folding without a folding screen and that many were not attracted by the proposal. I believe that according to the thousands of concept arts On the internet, users wanted something closer to the conventional. However, this kind of smartphone it may end up becoming a standard rather than folding screens. I just don't know, only time will tell. 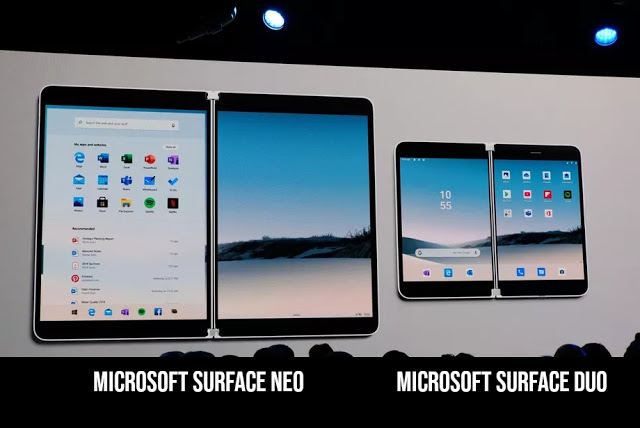 According to the site Wired , the Surface Duo equipped with a Snapdragon 855 processor, but the design elements have not yet been finalized – and may change, many details were not informed during the presentation.

Although Microsoft's Product Director, Panay Cloths, seemed reluctant during the presentation to refer to the Surface Duo as a smartphone. Without a doubt this was the most important part of the event. Duo marks the company's return to the smartphonesafter the death of its mobile platform in 2017.

Interestingly browsing the interwebs, I came across some Windows Phone developers and users, who managed to get the old MS system to run apps Android If Microsoft had insisted on Windows Mobile again, the shooting would backfire (we've seen this soap opera in the past). It was a wise decision to ship Android on your device, and I saw no one complain about such a decision.

The values ​​were not revealed, but do not expect a price buddy (at least for the reality of most Brazilians).

What's your opinion about the new Surface line hardware? Did you like Surface Duo? Would buy the smartphoneif it were accessible to you?

Leave us your opinion, participate in our forum Diolinux Plus and stay on top of news.