The news from Microsoft joining Linux Foundation is not surprising, but interestingly I talked about this last week, commenting on the approach of the company to the Linux world and saying why it was welcomed with open arms, I think it's worth it. It's worth the read, but let's go news.

The news from Microsoft joining the Linux Foundation is hardly surprising, but interestingly I talked about it last week, commenting on the company's approach to the Linux world and saying why she was welcomed with open armsJust, I think it's worth the read, but let's go news. 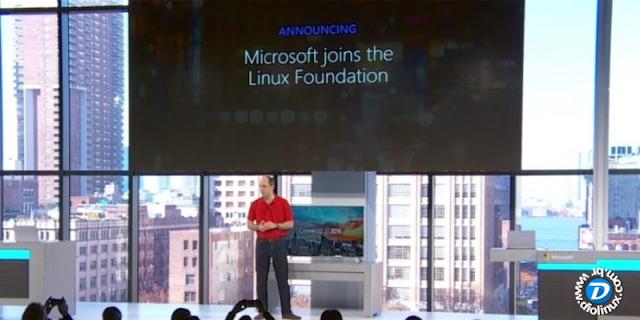 Microsoft was already a partner of the Linux Foundation at the R-Consortium And today it has announced that it is officially joining Platinum by donating half a million dollars annually to help with Linux development.

As a cloud computing company, our goal is to help developers achieve more using the platforms and languages ​​they know. The Linux Foundation is home not only to Linux, but also to many other innovative open source projects in the community. We're excited to join the foundation and partner with the community to help developers leverage the shift to smart cloud and mobile experiments, commented Scott Guthrie, head of cloud computing and corporate market division at Microsoft.

With the move, Microsoft joins the Hall of companies that most financially collaborate with the Linux Foundation, as well as HP, Intel, IBM and Oracle. Those who saw Microsoft from the late 1990s and today certainly have the feeling that they are living in a parallel world. As I said in the "Why Microsoft Was Welcomed by Linux"Linux is something that it does not own, or belongs to everyone, if you prefer, which is pretty much the same, so it" belongs "to Microsoft too and all help to improve it in any valid way, particularly I welcome support. ”Obviously some of the Free Software proponents do not welcome this, but they see virtually none of the companies that support the Linux Foundation kindly anyway.

For end users of Linux on Desktop or Windows this change should not influence anything, I just don't know who gets more confused, Steve Ballmer or Richard Stallman.