THE Manjaro It is an Arch Linux-based distribution, created and maintained by three people since 2011. Over time, the hard work of these three people has paid off, which has caught the attention of the entire Linux community. As a consequence of this the Manjaro It now has its own community, which until today, with the three founders, is the pillar that keeps the whole project alive. 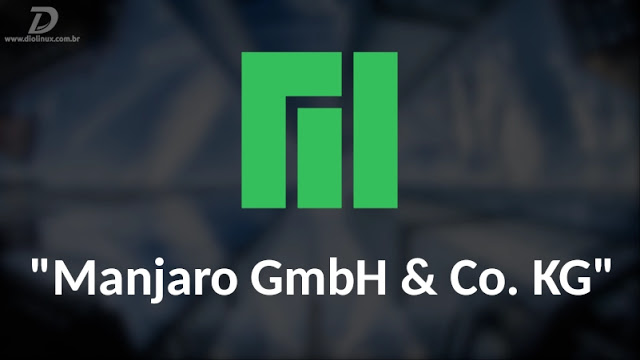 Even being one of the most popular Linux distributions today, as the saying goes: Nobody lives on love. The three founders of Manjaro created and kept it as a hobby, working on the project only in their free time. Despite the great help offered by the community, the project started to require much more time and work than they could offer, which was making the project unviable.

It was at this time that its founders: Philip Mller, Bernhard Landauer and Stefano Capitani They had to take action so that everything would not go down the drain. The idea was to find a solution to keep the project working in its current form: being free, open, receiving suggestions and help from the community. It would also allow its three main maintainers to work on the project full time, not just taking it as a hobby. The solution then was to establish a new company.

The establishment of a company will make it possible to employ full-time maintainers, as well as exploit future opportunities and business partnerships. This is being done in partnership with the Blue systemsis a German Information Technology company whose job it is to advise Manjaro GmbH & Co. KG. THE Blue systems also known to be one of the project's biggest supporters KDE. With the newly established company, another major change in project management will be to transfer ownership of all funds and donations to tax hosts non-profit. These tax hosts are the only Community Bridge and the Open collective, which in addition to securing donations will also make their use transparent. Philip Mller says that this form of work allows the Manjaro Continue to pursue the same goals as ever – to support their collaborative development and large-scale use – while maintaining the maximum possible transparency at all times. They also claim that the funds will never, under any circumstances, be used by the Manjaro GmbH & Co. KG.

What will be the benefits of this change?

This new company-based work structure allows the Manjaro, reach a level it would never reach, as long as it was just a free time project, and could accomplish things such as:

Allow current developers to devote full time to Manjaro and related projects. In the future it will even have a salaried employee base.

Interact and exchange experiences with other developers at related events. Linux.

Protect the existence of Manjaro as a community-driven project as well as protecting the brand itself.

Provide the means to act as a Company at a professional level.

Get sponsorship at major events, and local team and community events from the Manjaro.

Donation and sponsorship funds will also be used for things like:

Local community expenses related to system development, for example: work equipment for the team and community of the Manjaro.

Travel (full or partial coverage of travel costs to attend an event).

Second Philip, the long-term objective that Manjaro GmbH & Co. KG can become a self-sustaining company by building links with other companies and organizations, becoming one of the big companies in the "Linux World" and thus ensuring the viability of the entire project and the community around it.

My opinion on the subject.

I really think that the step that Manjaro is now taking is something necessary for any project that wants to achieve major proportions. I think all of us, involved in the Linux world or not, users of Manjaro or not, or even users of Windows, or MacOS, just have to gain from having one more player growing and going towards the giants. In the end, the better the competition, the better the product offered by competitors.

And you, what do you think?

You are a user, f, member of the Manjaro, or technology enthusiast in general, what do you think about all this? Was becoming a company really designed for the good of all, or just a better way to make money? Tell us your thoughts on all this.