After three beta versions of macOS Catalina 10.15.1 and five of watchOS 6.1, Apple has now finally released the final builds (19B88 and 17S84, respectively) of its Mac and Apple Watch operating systems. Incidentally, with the release of watchOS 6.1, owners of Apple Watches Series 1 and 2 finally we can install the new system!

In addition to watchOS 6.1, Ma has also released the version 5.3.3 from watchOS (build 16U620) specifically for those who have not yet updated iPhone to iOS 13.

As usual, updates bring general fixes and improvements for both operating systems. In addition, those who purchased the newly released AirPods Pro must upgrade to use Ma's new wireless headsets yesterday, as we reported, the company made iOS / iPadOS 13.2 as well as tvOS 13.2 available.

THE macOS Catalina 10.15.1specifically, it adds new filter options (favorites, edits, photos, videos, and keywords) to the Photos app's “All Photos” view, as well as displaying titles on images. This release also fixes an issue where Safari could stop responding when trying to use Apple Pay on the web and implements AMD's RDNA architecture support.

HomeKit Secure Video allows you to privately capture, store and view encrypted video from your security cameras and features detection of people, animals and vehicles; HomeKit compatible routers let you control how your HomeKit accessories communicate over the internet or in your home; Adds compatibility with AirPlay 2-compatible speakers in scenes and automations.

Restores the ability to view file names in the All Photos view of the Photos app; Restores the ability to filter by favorites, photos, videos, edits, and keywords in the Days view of the Photos app; Corrects an issue where the Messages app sent a single notification. when the repeat alerts option was enabled; Resolves an issue that caused the Contacts app to open in the previously opened contact instead of the contact list; Resolves issues that could occur in the Music app by showing playlists within folders and music. re-added to Music list; Improves reliability of migrating iTunes library databases to Music, Podcasts, and TV apps; Fixes an issue where downloaded titles could not be seen in the Downloads folder of the TV app. 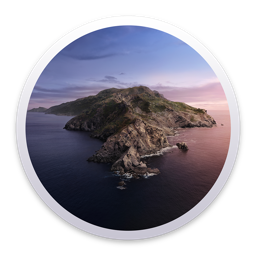 To update your Mac, simply open System Preferences and click "Software Update" and the update will appear there and then follow the instructions.

How to upgrade to watchOS 6.1

To upgrade Apple Watch, you can do it directly from the watch if you are already running watchOS 6.

Open the Settings app and go to General Software Update.

If you wish, you can also apply the update from iPhone.

Just open the Watch app and on the "My Watch" tab, go to General Software Update.

Remember that Apple Watch must be at least 50% battery to install the update and be connected to a power source throughout the process.

For those who prefer, follow the direct download link for macOS 10.15.1 as well as security updates for the previous two systems: