The next version of Linux Mint is coming soon and with some very interesting news.

A month ago, Linux Mint version 19.2 was released, bringing a lot of news and bug fixes. You can check our coverage in this very cool post. We now have information on what may come in Mint 19.3. 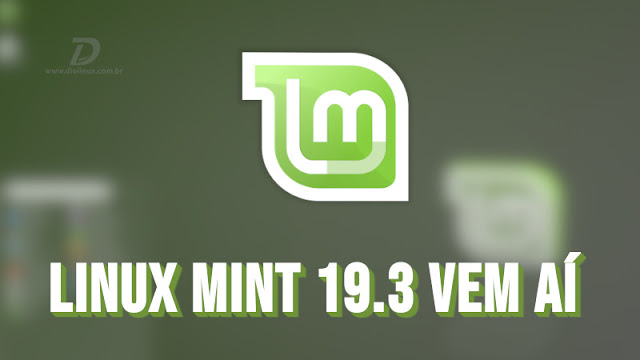 We recently did an article talking about what might come in Mint version 19.3, referring to the project roadmap, which you can check out in this post.

In the recent post on the Linux Mint blog, Clement Lefebvre, he brought a few words about version 19.2, thanking users who tested and helped debug the system so it could be launched. It also brought the date when Mint 19.3 will be released and what improvements they are making.

Linux Mint 19.3 will be released at Christmas this year, thus having approximately 4 months of preparation for Christmas and thus deliver as a gift.

The improvements mentioned by him are:

HiDPI with improved support in Cinnamon and MATE versions, where in version 19.2 icons and images were being displayed blurry. The fix was made in the language settings, the software font tool, the screensaver and the Cinnamon theme preview;

Tray system icons will be enhanced through XApp.StatusIcon, an alternative created from Gtk.StatusIcon;

The update manager icon will receive improvements and thus be displayed correctly.

Compulab is working hard on the MintBox 3. To highlight the fact that these computers are unique and provide premium feel, we have invested in a diamond-cut aluminum logo on the front panel. It will be available in three specifications, including Intel, AMD, and NVIDIA GPUs. We are really excited and can't wait to have the first unit in our hands.

To check out the full post and with more details, go here. This article does not end here, keep exchanging an idea there in our forum.