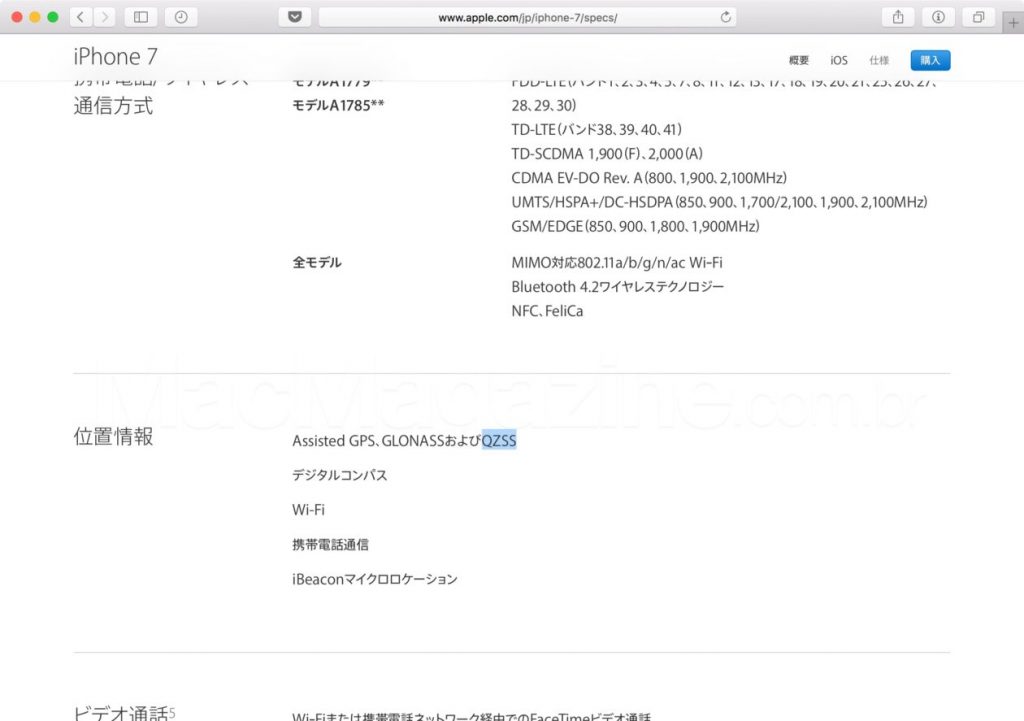 Anyone with a good memory should remember that Apple Pay is not Japan it has a differential in relation to the rest of the world: it supports the FeliCa technology, a standard created by Sony which is faster than the well established NFC. Apple incorporated a chip for this exclusively in the iPhones 7/7 Plus it is us Apple Watches Series 2 sold for l.

Behold, the MACBlog discovered another differential of the devices sold in Japan:

As shown on the technical specification page for the iPhone 7 in Japan, smartphones sold in the country also have system support QZSS (Quasi-Zenith Satellite System) it is an alternative to traditional GPS and Russian GLONASS, which also promises to be much faster.

While on GPS the determination of the person’s exact point takes from 30 seconds to 1 minute, on average, on QZSS it is usually done in just 15 seconds (and very accurately). For now there is only one QZSS satellite in operation (codenamed «Michibiki»), but three more are expected to be launched by 2018.

The QZSS is also present in all Apple Watch Series 2 sold in Japan, as can be seen in the technical specification area of ??the model selection pages you want to buy (like this one, for example) on the company’s website.

Japan developing and adopting different technologies from the rest of the world (often superior) is nothing new. What is surprising here is that Apple really created differentiated devices to sell exclusively for there.