You know that Belkin adapter for the iPhone 7 with two Lightning ports that became a joke all over the world? So, as half the globe must have thought, someone has come up with a (slightly) more elegant solution. 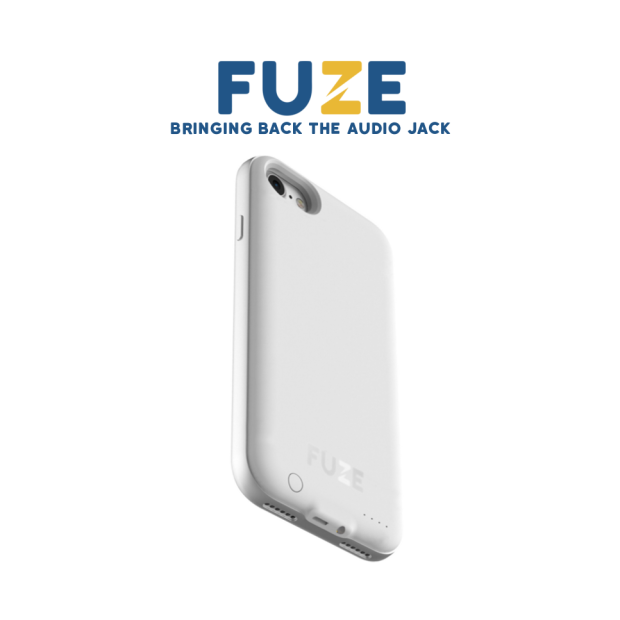 A campaign was launched on the Indiegogo crowdfunding website Fuze Case, a case for iPhones 7 and 7 Plus that does just that: it gives back to your beloved device the possibility of receiving your good old headphones with a 3.5mm connector * and * being recharged at the same time. The accessory has an analog audio output and a Lightning port ? how has no one thought of it before?

To improve, the accessory also has an internal battery that, according to its creators, doubles the device?s longevity. In the iPhone 7 version, the extra battery has 2,400mAh of capacity (against 2,350mAh from the official Apple case), while the model for the 7 Plus comes with a respectable 3,600mAh battery.

Apart from the connector area itself, which has a very questionable design, the Fuze Case is quite visually pleasing ? without that ?chin? on the bottom that almost all battery covers have. The accessory adds 5mm in thickness to the device and 28g to its mass; it is ?less than a deck of cards?, as the inventors say. It is good to note that the case is * not * water resistant, unlike the product it will house.

Warning: extremely bad video can cause shame on others.

Fuze Case will cost $ 69 in its final version, but early investors in the project take a unit for $ 59. Those responsible for the campaign guarantee that production will start on November 1st and deliveries will take place before December 23rd, although these promises of crowdfunding should always be seen with one foot behind.

Of the US $ 60 thousand ordered by the creators, almost US $ 23 thousand has already been invested ? and the goal should be reached very quickly, considering that, in the time I wrote this post, almost US $ 2 thousand entered the count. What is not lacking in the world is iPhone 7 owner wanting to use his headphones without a headache, apparently.