If you like cell phones you have surely found a fan of Xiaomi trying to evangelize you. Such a love of the brand is not for nothing, since it easily rivals the Apple iPhone. Released in 2019, is the Xiaomi Mi 9 line worth it?

Several models were released throughout the year, which can cause confusion. At first, we will talk about Xiaomi Mi 9 itself, announced in February this year.

Of course we will not leave the other models like the Mi 9 Pro and Mi 9 Lite out, among others.

Want to know if the Xiaomi Mi 9 is worth it? So check below for all the technical specifications, screen, camera and features of this one of the best Android smartphones in the world.

Check it out below!

Are the specifications of the Xiaomi Mi 9 worth it?

This is the case with the Xiaomi Mi 9, which carries a Qualcomm Snapdragon 855 processor, launched in late 2018. The processorocta-core It comes equipped with a 2.84 GHz core and three 2.42 GHz cores for heavier tasks such as video editing. For everyday tasks, the four 1.8 GHz cores can do the trick.

With the Adreno 640 graphics card, you can play every type of game or video. The Xiaomi Mi 9 has four models, according to the RAM and available storage. See variations below.

Regardless of which model you choose, it is important to mention that anyone will be able to run any app or game. The Xiaomi Mi 9 also comes equipped with Android 9, but can be upgraded to the current Android 10.

Although the iPhone's camera is considered the best on the market, the Xiaomi Mi 9's are not far behind. As with the iPhone 11 Pro, the Xiaomi smartphone also comes equipped with three rear cameras. 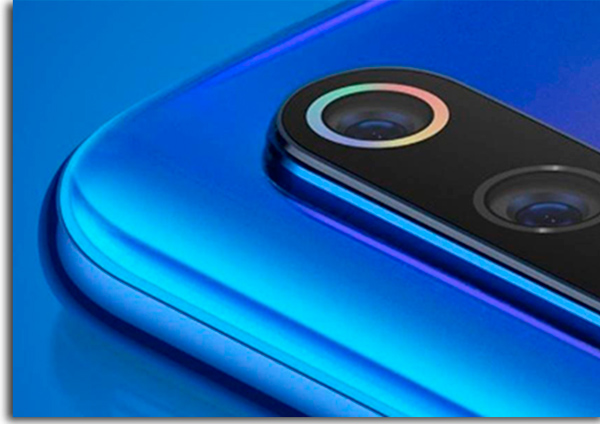 The amazing 48MP main door, with f / 1.8 aperture, making it an angled lens. The second ultra-wide-angle camera is for panoramas. It has 16MP and f / 2.2 aperture. The third follows the opposite path, being a 12MP telephoto camera and 2x optical zoom, allowing you to approximate images without loss of quality when taking pictures.

Another amazing fact about the Xiaomi Mi 9's rear cameras is the ability to record 4K video and 60 frames per second, bringing perfect quality and fluidity to your recordings.

The front-facing camera is unique but boasts an incredible 20MP and f / 2.0 aperture, allowing you to capture much of your surroundings. However, it is important to consider that this camera only records at FullHD (1080p) resolution and 30 frames per second.

Is the Xiaomi Mi 9 screen and extra features worth it?

If you like big screen, surely Xiaomi Mi 9 is worth it to you. At 6.39 inches, the screen of the handset also comes equipped with Super AMOLED technology.

Among the extra features, the Xiaomi Mi 9 comes equipped with a fingerprint sensor on the device's screen. In addition, it comes with 3300 mAH battery and can be used on wireless chargers. The smartphone can be purchased in full color.Lavender Violet(Violet), Ocean blue (blue) andPiano black(black).

What are the other models of the smartphone?

Throughout 2019, Xiaomi launched several versions of its flagship smartphone line. The only release with the original Mi 9 was the Mi 9 SE, a less robust version. Unlike the mainline, the SE edition has a smaller screen, 5.97 inches.

In addition, the technical specifications are considerably lower. The Snapdragon 712 processor has cores with less processing power, in addition to the Adreno 616 graphics card, from a previous generation 640. The 8GB RAM model is not present in it, which is split only into options with 64GB or 128GB of storage.

The rear main camera and the selfie camera remain the same. Only the second and third cameras are of smaller configuration.

Towards the end of the year, a new line of Xiaomi Mi 9 was launched. The first of these is the Mi 9 Lite, which has the same screen size, but the Snapdragon 710 processor, even lower than the SE. The graphics card remains the Adreno 616. It also brings the same RAM and storage options as the SE.

The rear main camera remains at 48 MP, but the secondary and third camera have even smaller settings than the SE. The only element that represents an evolution is the 32 MP selfies camera.

If the Xiaomi Mi 9 is worth it for its settings, maybe the Pro version will draw you even more. Released with Android 10, the September 2019 edition features the Snapdragon 855+ processor, the most advanced until the arrival of Qualcomm's 865 generation of processors.