THE Secretariat of the Federal Revenue Brazil today released the software download to declare and submit the Income Tax 2019. Taxpayers, however, may only submit completed declarations when within the deadline, which runs from March 7 to 11:59 pm on April 30, usually the deadline starts on March 1, but this year was delayed due to the carnival.

This year, the Income Tax became about 3.75% more expensive for the taxpayer, as the government has not updated the value of the main declaration applicable discounts (education, health and dependents). In addition, the tax payer table remains out of date; In practice, only people who receive less than R $ 3,689.94 would be exempt from paying IRPF 2019, but this limit remains at R $ 1,903.99.

As in 2018, the tax return is mandatory for individuals residing in Brazil and who received taxable income over R $ 28,559.70 (same amount as IRPF 2018) last year. They should also declare contributors that:

Many of the novelties in filing the income tax return were introduced last year, until then optional but have become mandatory from this year. Among these, all taxpayers must inform the Individual Taxpayer Registration (CPF) of dependents of any age (previously the minimum mandatory age was 8 years).

In addition, it is now mandatory to enter details of real estate and vehicles, such as date of purchase, registration of registration of the property entered in the Urban Property Tax (IPTU) and data from the National Register of Motor Vehicles (RENAVAM).

The return on inconsistencies in the IR statement also got faster: until last year, the taxpayer only knew if he had fallen into the IRS's fine mesh after 15 days. It will now be informed within 24 hours of sending the data.

How to fill in the statement?

As we said, the Income Tax 2019 app is already available for macOS, Windows, iOS, Android, Linux (32-bit), Linux (64-bit) and for multiple platforms. 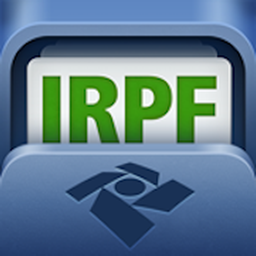 For Digitally Certified taxpayers who filed the declaration in 2018, you can opt for the pre-filled statement available at the Virtual Customer Service Center (e-CAC).

As last year, the taxpayer can choose between the complete or simplified statement model. In the simplified mode, the 20% discount is applied to taxable income, such as health and education (remembering that the limit of the declaration to obtain this discount is R $ 16,754.34).

Revenue forecasts 700,000 income tax returns will be delivered through apps this year, double the number of remittances transmitted this way last year, when 320,000 people used this platform for mobile devices.