Proton is a tool created by Valve to enable the operation of games that are native to Windows on Linux-based operating systems. Proton acts as a layer of compatibility between games and the operating system, so not in an emulator. What he does, in layman's terms, act as a translator by communicating between the native Windows game and the Linux distribution.

Proton is designed to work with thousands of different games, from different times, using different graphic APIs, and so on. So while one game runs better with one version of Proton, the other might run better with another. With this in mind, Valve gives us the option to switch between Proton versions in the Steam client settings itself.

In the Steam client settings for Linux, in the section Steam play, we can either turn Proton on and off, or choose which version of Proton we want to use. 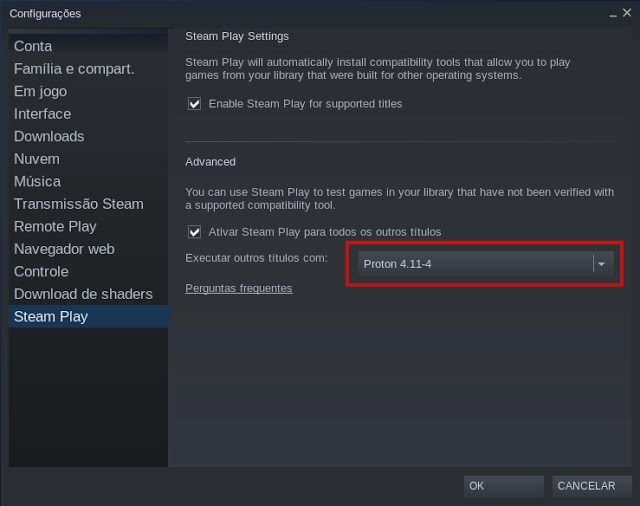 If you want to know more about Proton, we already have a video very complete on this subject.

Now that you know what Proton is, how to activate it, and how to switch between versions. The time has come for us to talk about one of its alternative, community-maintained versions.

All those versions of Proton that you find by default on Steam are official versions developed by Valve. However, because it is Open Source software, anyone can take the source code of the project, modify and redistribute in any way they want.

O Proton-ge It is a custom version of Proton with some bugfixes, more up-to-date versions of Wine and DXVK, with D9VK enabled by default to run DirectX 9 games, and the addition of Vkd3d to run Direct3d 12 games via the Vulkan API.

The tool was created and maintained by Thomas crider. Owner of GloriousEggroll blogengineer Red hat, member of the development team of the Lutris and maintainer of Wine-staging.

At Proton-GE's page on Github You will find more technical information about the tool, as well as a table with all usable parameters.

O Proton-ge has been officially tested on only a few games, including Warframe, Assetto Corsa and Sword Art Online. However, that does not mean that the tool works only with these games. I tested the Proton-ge in a total of seven games, but only in two of them could I notice any difference. Look:

Fallout New Vegas: This was undoubtedly a favorable point for the Proton-ge compared to Proton 4.11-4. With Steam's standard tool running OpenGL, the game suffered from constant frame drops, dropping from 60 to 40 FPS. Running with Vulkan through the D9VK, the SPF rate was stable, but frequent stutterings occurred.

J with the Proton-ge, which by default uses the D9VK, the game ran stable at 60 FPS and with virtually no stuttering.

GTA San Andreas: In this case the Proton-ge It was far behind. In Proton version 4.11-4 the game runs at 60 FPS, without lags or stuttering. Already in the custom version, besides having a lot of stuttering, there was also a color bug in the textures of the game.

After the tests I could say that, as expected, the Proton-ge It does not work miracles. Whether or not it will make a difference to you depends largely on what games you want to try out on it. In my case, I had considerably better performance in just one of the seven games I tested, which, while seeming little, has already made it very worthwhile to download and install it. Proton-ge.

How to install and use Proton-GE?

The installation is extremely simple! No terminal, editing configuration files, or the like.

from your folder home, go to the directory .steam / root, and make sure that inside this directory there is a folder called compatibilitytools.d. If it does not exist, create it. 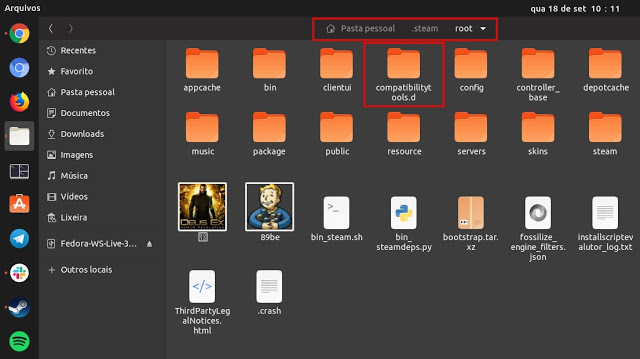 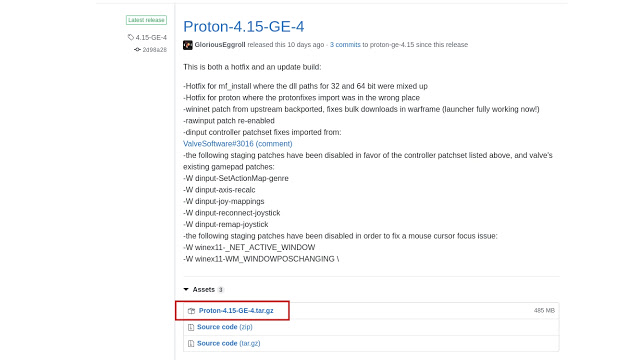 Extract the contents of the compressed file you downloaded into the folder .steam / root / compatibilitytools.d, which you created earlier. 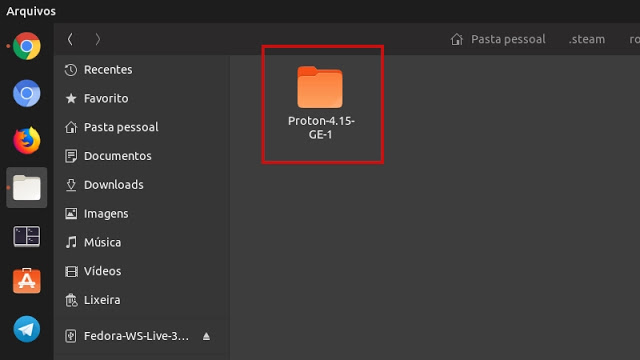 Restart your Steam. Now in the settings window, in the section Steam play appearing the option to use the Proton-ge. 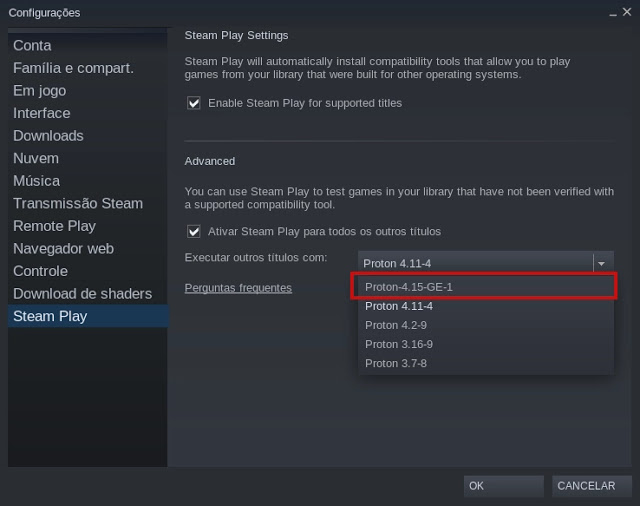 Ready! O Proton-ge It is already installed on your Steam.

O Proton-ge It has no auto-update system. That is, every time you want to try a new version, you have to go to the page on Github, download it and repeat the installation procedure.

Despite being made from Steam Proton, the Proton-ge developed by Valve. Therefore, it is not supported by it. Which means there is no guarantee as to whether it will really work, or how long it will be maintained. Use at your own risk.

What do you think about these alternative versions of community-created software? Did you already know Proton-ge? Do you know any other versions of Proton or any other tools we should try? Tell us in the comments.