Yesterday, Apple released the second beta versions of its operating systems, including the watchOS 6. In addition to the news announced during WWDC19, apparently the clock OS has a very interesting and unexpected function: updates over-the-air (OTA) directly by the device, as noted by our reader Cadu Fernandes. 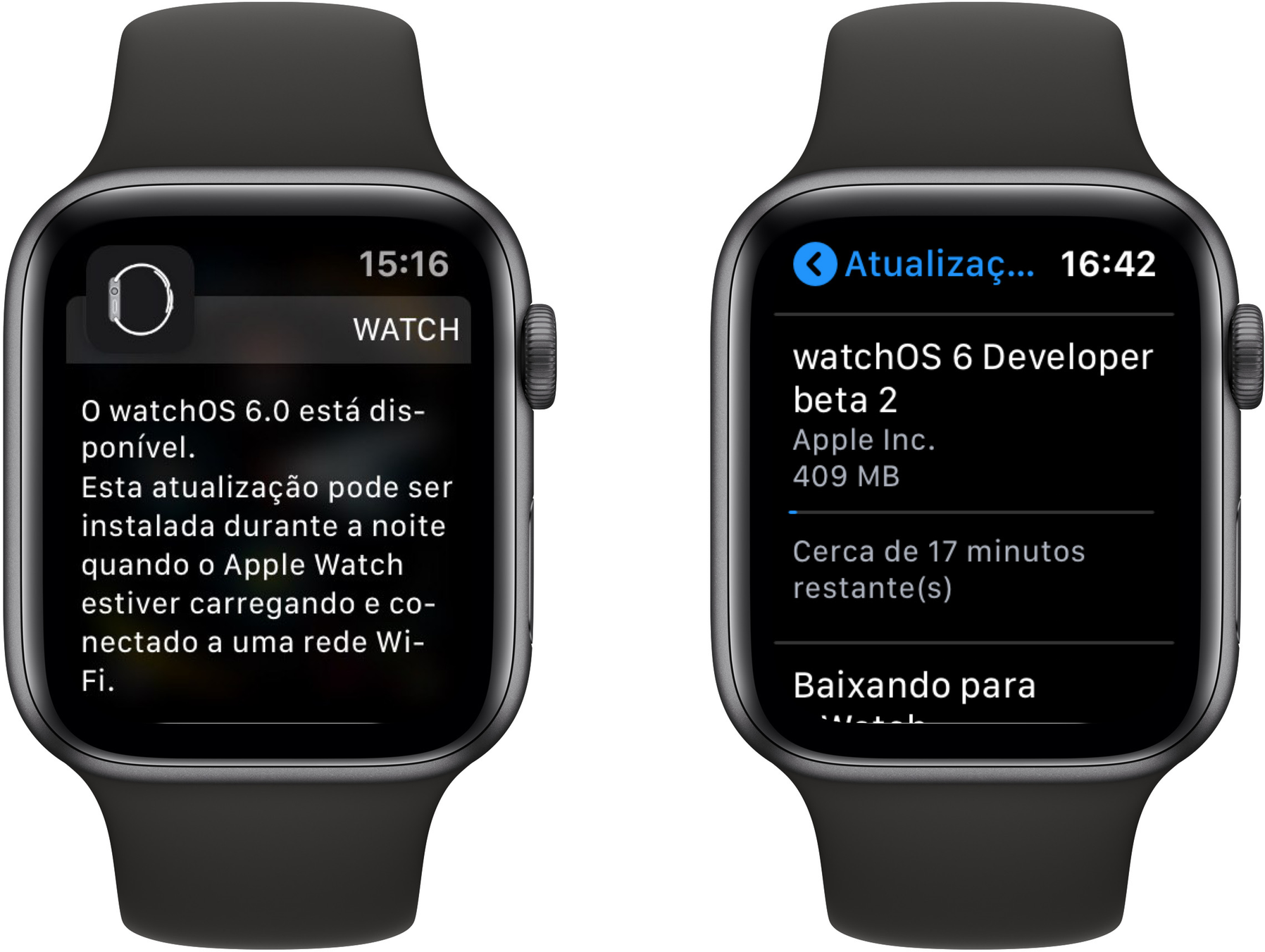 The process closely resembles what already happens on iOS, for example, where the user receives a notification indicating that there is a software update available; when you download it, the system then downloads over Wi-Fi and then installs automatically.

In watchOS 6, this happens without the iPhone intermediate, which even watchOS 5 acts as a bridge to download and download software updates to the watch. The OTA update on watchOS 6 requires that the device be connected to a Wi-Fi network and a power source as usual.

The news itself came with the first beta of watchOS 6, but it had not been explored yet as of course the developers had to first install watchOS 6 to, with the release of beta 2, test the feature and download it. the update (for the first time) on the watch itself.

All of this is certainly part of Apple's initiative to emancipate its gadget wearable, making it less dependent on the iPhone; In watchOS 6 inclusive, the watch earns its own App Store, as we had already informed.