In the United States, three of the four largest operators market the iPhone. They are: AT&T, Verizon Wireless and Sprint. THE T-Mobile, the fourth largest and considered by many to offer the best (or least worse) service there, still did not sell the Apple device and suffered from it. Each quarter, more and more customers left the operator looking for the iPhone. 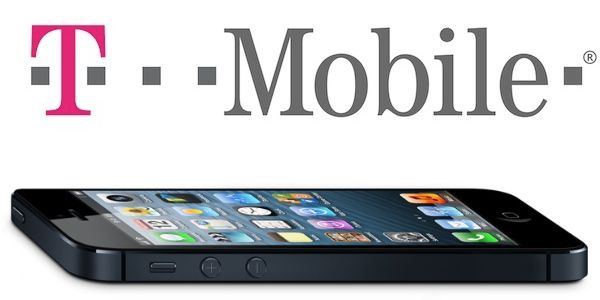 Today, however, she announced that on April 12 she will start selling iPhones. The news is not important for us Brazilians, but it is still curious for some reasons. The first is price: as informed by the Engadget, anyone who wants to buy a 16GB iPhone 5 on T-Mobile can pay $ 100 at the time of purchase, plus 24 installments of $ 20. And only. These 24 installments, in fact, entitle you to the most basic plan, which should be enough for many people.

There are other options, like an unlimited plan for $ 50 but, taking the most basic as an example, T-Mobile is selling the 16GB iPhone 5 for $ 580, cheaper than the $ 650 charged by Apple for the unlocked version of the device. That’s right, you pay less and still get a free plan. How she is managing to do that I don’t know – maybe even risking heavy, as she has been losing many customers over the past few months. But it doesn’t matter: it’s to be envious, isn’t it?

Information on what happens if the customer decides to leave the operator or change devices during this 24-month period has not yet been clarified. However, it is known that the iPhone she sells is locked – not everything is flowers, of course. However, after 24 months, the customer can request the unlock.

The second curious detail of this story is that Apple built a “new” iPhone for T-Mobile. In fact, the device has the same numbering as the model sold by AT&T and Brazilian operators (A1428). The new version brings support for AWS bands (advanced wireless services), which Apple can only resolve by touching the hardware of the device, as this support cannot be added through a simple software update. Apple confirmed to the Engadget that the “new” device is already in production and that, soon, it will replace the old – it is already being tested by the FCC, “ANATEL from the USA”.

It is good to make it clear that, despite this change in hardware, nothing changes for us. The AWS band is not used here, so for Brazilians it doesn’t matter if the iPhone 5 is the new or old A1428 model.

There was a lot of confusion about whether the device was blocked or not, but apparently it will come unlocked from the factory! Himself Engadget, who participated in the launch event of T-Mobile, had said that the future iPhone marketed by the operator would be blocked, but now said that the model will be free of strings.