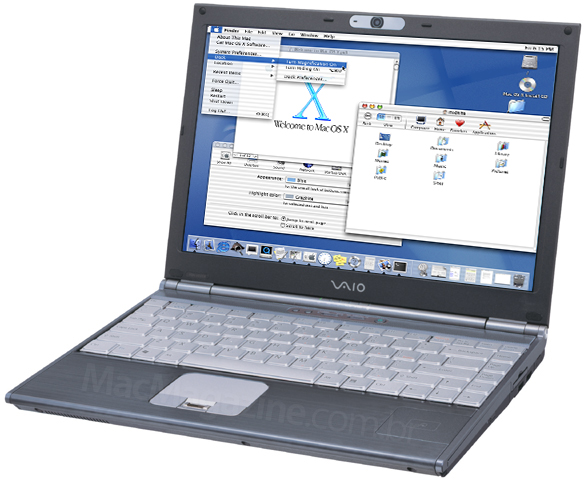 Unlike older Macs (equipped with PowerPC processors), the current ones (which feature Intel chips) are capable of running the Windows operating system. But have you ever imagined otherwise? PCs running OS X, Apple’s desktop operating system? Yes, I know this is possible by setting up a Hackintosh. But I’m referring to something official, actually licensed by Apple.

If Tim Cook and his team of executives made such a decision, today many would say that «Apple is no longer the same», that «Steve Jobs would be turning over in the grave», that «the company is going to the hole», among other famous detachable phrases from the post-Jobs era.

Believe me, when he returned to Apple in 1997, Jobs tried to end all licensing agreements the company had signed with other computer manufacturers that ran the Mac OS (system that preceded OS X). However, in the early 2000s, Apple’s co-founder and former CEO wanted Sony’s VAIO notebooks to run Apple’s operating system.

At least, that’s what Japanese journalist Nobuyuki Hayashi, who has covered news from the Apple world for more than two decades, said. According to him, Kunitake Andō (Sony’s president at the time) and Jobs met in 2001. After playing a round of golf with other executives at the Japanese company, Andō said the former Apple CEO – accompanied by other executives – was waiting for the Sony bosses at the end of the golf course holding a VAIO. Detail: the computer was running Mac OS.

According to Andō, Jobs really admired the VAIO line to the point of being willing to make an exception for the Japanese giant. The timing, however, was bad. Sales of VAIO notebooks equipped with Windows were starting to take off and negotiations between Apple and Sony went nowhere.

Jobs’s admiration for Sony was notorious, but I was impressed to learn that he would go so far as to license the Mac OS just for her after ending this history of deals in the 1990s.

This and other stories (how Jobs helped create Cyber-shot cameras with integrated GPS, how Sony helped Apple’s physical store strategy, among others) can be read on Hayashi’s website. ?