In 2017 the Huawei filed a patent with WIPO (World Intellectual Property Organization) for a product titled "Smart Wearable Device and Smart Wearable Control Method". The patent became publicly accessible on April 26, 2018 and its product description is very detailed.

The device and the new registration are the continuation of two previous patents of the Huawei in China. One in 2015 and one in 2016. It seems that the company is quite inclined to make this smart watch.

The most different from this watch is that the user's interaction is related to the bracelet, and its use is not exclusive when it is wrapped around its owner's arm.

To turn it on, simply press the bracelet or slide your finger over it. The keyboard, which would normally be expected on screen, would also be shown on the bracelet.

In addition, the wearable also has a great focus on games as in the examples below, always controlling what goes on the screen through the wristbands. 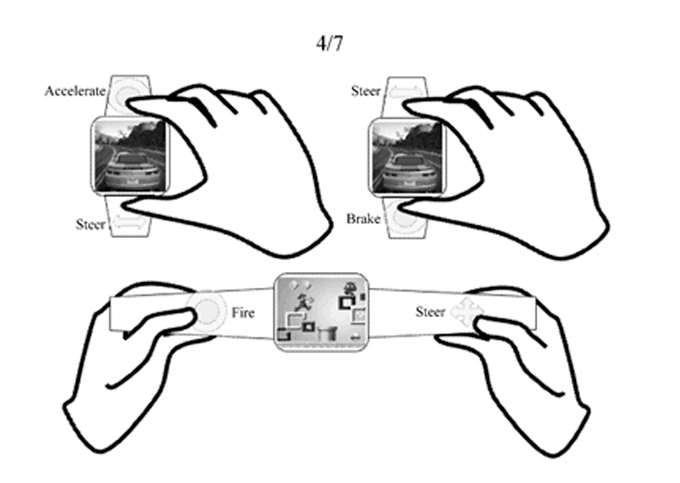 According to the description, this same watch could be used for taking selfies and reading and would include a number of other features. You can check more about the patent at this link. Here you have a more detailed description and in this other you give the images describing the control movements.