Huawei announced today the smarpthone P30 and P30 pro and took the opportunity to introduce a companion for these handsets, the Freelace, headset that can be used wired or wireless.

While wired it recharged, its USB Type-C connection. J to be used wirelessly, it needs to connect via bluetooth. It has an interesting design, in the center of the cable carries a volume control written "Huawei" and lets you undock to release the USB connection. 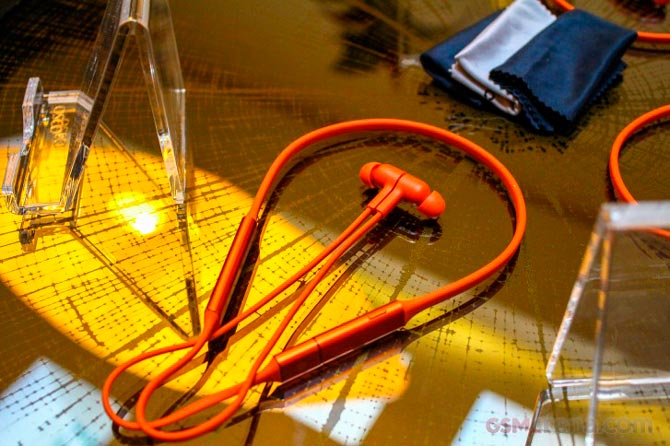 To prevent the wires from becoming entangled, the Huawei uses nickel and titanium alloy mixed with silicone in their material, something that also ensures greater durability for them.

Another feature that gives them quality IPX5 certification, similar to IP68, IP69, but this one focuses on the ability to suppress wind and resistance to sweat. Still, he has no noise cancellation.

Another detail is that the handset comes with m on both sides, which helps when storing it or even when it is ready to connect to the phone.

About battery life, a major factor in a wireless gadget, Huawei is promising up to 18 hours of recharging music. In addition, 5 minutes of recharge should deliver up to 4 hours of operation if recharged with fast charging from the company.

The Freelace headset comes in four different colors to match the colors of the newly arrived P30 and P30 Pro. It is worth remembering that Huawei has announced its return to Brazil, with the P30 Lite as one of its big bets for the Brazilian market.

If you want to know more about the company, we have made an article about a brief history of the company and also some curiosities.