One of the new products announced by Huawei at the launch event of its new top of the line, the P30 line, was the 12,000mAh Power Bank SuperCharge, In addition to other devices like the Freelace headset and its first smart glasses. The power bank equipped with 40W bidirectional charging rate, that is, the current he carries himself the same as he will carry other devices. The product promises fast charging on devices with large batteries, such as the P30 Pro.

It comes with two USB ports, namely: One USB-A which provides the maximum output of 40W (which can only be used on compatible devices). And the second one door USB-C, which allows any device, including third party devices, to charge quickly. In addition, it is equipped with on / off button with LED lights as indicators of remaining amount of battery. 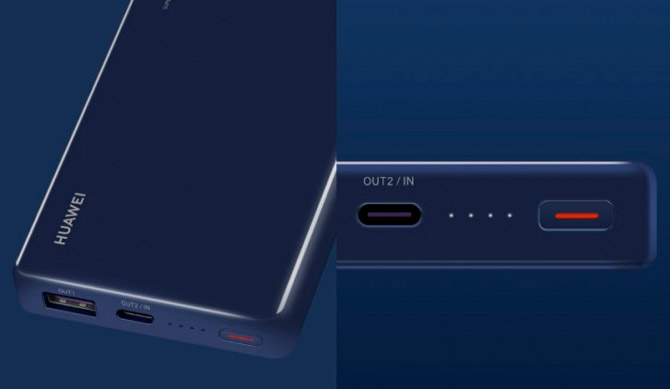 In the image above you can see the two outputs and where the main functions are allocated. Huawei informs that Power Bank can charge up to 70% P30 Pro Battery Charger (4200mAh Capacity) in 30 minutes with the 40W SuperCharge. To fully charge the portable charger capacity you will need 2h14 minutes at a rate of 40W, or 5h25min with a regular charging of 10W.

It will be available in white and blue colors and weighs 227 grams. The price announced for the European market was 99, in direct conversion, excluding taxes and with the current quotation of the currency, the value R $ 436. It is important to remember that the price may change according to the market in which the company will launch the power bank.

The product has been removed from Huawei's official accessories site, so more information is no longer available, and there is no way to know in which countries the company will market the power bank. This may be one of the products that comes to Brazil, along with the P30 Pro that has already been confirmed. To check out more information about Huawei's return to Brazil you can click on this link with the full information.