Learn how to run all games on your Linux.

This tutorial has everything to be very long, but patience, it is necessary!

I have some considerations to make before continuing any explanation:

Starting in the world of games

I always liked Video Games, and being able to play Linux was a dream come true, so a couple of months ago I decided to pan the internet behind new and good Linux games, many Linux Gamers, keep and still keep Windows on Dual Boot for games, something I did and today I don't do anymore, I play a lot more on Linux, with all the new (and old) games and emulators, yes, Linux is a paradise of emulators, with them I was able to relive some of my childhood classics and even play newer games like CoD Modern Warfare 3.

The types of games

Good on Linux there are a variety of ways to play games, on Windows we basically have an executable file (exe or bat) that manages the whole story, on Linux we can install / run games as follows:

I think this list elucidates most of the options we have, and let's take a look at them one by one, so just back to reading, it gets comfortable because you're going to play a lot of this tutorial!

First of all, I would like to remind you that I took these options based on the games that we are posting in our already big series of Games for Linux and which only tends to increase. So following this tutorial you, I believe, can run 99% of the games we post here. 😉

But what is a Diolinux binary?

"A binary file is a computer file that can contain any type of binary-encoded data to be stored for the purpose of processing on the computer; for example, a document file containing formatted text. Many binary files contain parts that can be interpreted as text; binary files that contain only data in text format – without, for example, any format – are called text-only files In many cases, text-only files are considered to be different from binary files because files Binaries are made with characters other than the alphabet. " by Wikipedia.

For convenience, understand the binary file as if it were a common executable, to run it just double click on it, but pay attention to the permissions:

After that to run the game you just have to double click with the left mouse button on it, and it will open normally without having to install anything, just you have the accompanying data.

There may be other games that use binary, but pretty much all work that way.

Games that run with SH Scripts

SH script for those who do not know, are the popular Shell Scripts, which are sequential commands given to the Linux Shell – commands and lines of text – shell script is also a programming language, a command script that Linux interprets. Some game developers have chosen to release their games managed by an SH file.

When games are in this format you should pay attention to two things, most of the time they come compressed, unzip them to a folder of your choice, you should identify the SH file and give execute permissions like you did with the binary file, but you must run it from the terminal, do the following, use the cd command to get to the game directory.

As in the example above the command would look:

and within this directory just run the command:

Generically it would be:

Often the Sh file is followed by the extensive .shHowever, sometimes this does not happen, when the file has the extension .sh you must add it to the command using the full name, example:

From now on it will depend on what the Developer programmed, games like Stunt Rally, used in this example, run from this command, ie you run the ./file name and comes out playing, other games like Amnesia open on the same system with a SH file, but Amnsia opens a simplified installer similar to the Windows NNF (Next, Next, Finish) model. When a game has an installer it usually creates a shortcut in the menu, in the case of Ubuntu in Dash so you can open it.

These are the simplest of all and the easiest to play, usually format files are available. .swf which are easily opened and interpreted by any browser that has Flash installed. 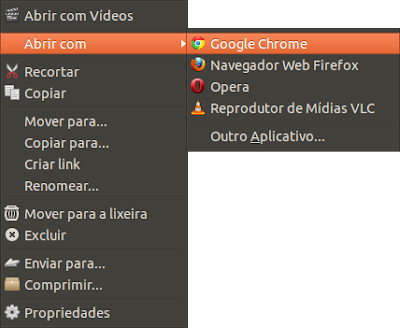 In games like Zuma and Killer Scape that we posted here recently, this is the case, just download the flash file, right-click it, select the option Open with and select the browser of your choice. Google Chrome already comes with Flash built in so you should install Ubuntu restricted extras and "hit the ball!" Linux Mint already comes with Flash installed by default.

For flash games, that's basically it.

Steam is here to make LinUsers fans of gaming eye-catching, and today Valve's game management and selling platform is one of the top tools for those who want to play established Linux titles like Counter Strike and Left 4 Dead 2.

To use Steam you basically need two things, a Steam account and the Steam client installed on your Linux (Ubuntu 12.04 is the most recommended).

In any case it is necessary that you have an E-mail account to register, nothing more.

Once installed on your computer, Steam will look like the one you see in the image above, Steam usually SELL games, but that doesn't mean you need to buy games to play, just look for games. Free to play in the search field, as Team fortress in the image above. To find all Steam games for Linux just click on the session Linux in the top menu.

To install a game with Steam, if the game is free just click on the game after Play gameNow just wait for the download, since if the game is paid you must click Add to Cart later on Purchase for Myself, Then you will have to fill in a lot of information, you can choose whether you want to pay for the game with a bank slip or using your credit card, Paypal and various other means.

Desura is a platform similar to Steam, but Desura contains many more Indie games than Steam, some games are still in the testing phase, as well as finished games of course.

Already posted some games of Desura, as Lure of the Temptress the scheme follows the same as Steam, but I believe that Desura does not allow you to generate payment slips.

Playing on Linux with DJL

This was a recent find and a pleasant surprise, DJL is a French Free Software that works similarly to Desura and Steam, except that it is three Open Source games and totally free.

Learn how to install DJL

Once installed, just go to the tab Repository select a game from the left menu and click Install just below him. Just wait for the download to finish and play the game.

Unfortunately or not, Wine is still a widely used program in the Linux world, with it you can run some applications that are native to Windows directly on Linux, programs like Office 2010 run very well thanks, as we have already shown, and some games for Windows. can be Emulated by Wine.

Some Windows games require a .bat file to install the games, especially the pirates (let's not be hypocritical?) And for that we already have a solution as well.

Wine is a bit fickle, a game can work on one computer and may not work on another, quite relative, but there is a database on the WINE site itself to rate the compatibility of certain software with the program.

Visit this address and see if the game or program you want to run has good compatibility.

To install games by Wine you obviously need the full game and a little luck, why not?

But there is a good range of games that work perfectly on WINE like Need For Speed ??Underground 2 and GTA San Andreas (image above).

The game installs as it does on Windows with a NNF-style "Wizard" installer.

PlayonLinux is a WINE add-on, we know that in order for programs to work properly in WINE, I often need certain add-on programs, which are just like Linux dependencies, and to solve this problem that PlayOnLinux exists, it will download all the programs needed to run the game based on a list of programs it supports.

With Play on Linux you can run many Windows programs, including Office and iTunes, the programs that are supported by the software are listed in categories, and of course there is the games category, some smaller games and free Play on itself. Linux downloads for you, others it will ask for the installer. Then the installation will be like any other Windows program.

ROMs and Emulators, The Paradise

Yes, that's possible thanks to the beautiful emulators.

But emulate games in crime? (Parentheses for explanation)

I had to do an internet search outside and legislation inside and found that by the Brazilian constitution, basically emulate itself in crime, which crime the origin of the ROM that will be emulated, if you downloaded it from the internet via torrent or something else mild crime us It is for your own entertainment and is considered a serious crime if you sell it or buy it.

But you are allowed to download and use a ROM as a backup, ie if you have the original game you can copy the media and create an ISO or download a ROM to use in place of the original.

Although not being "welcomed" downloading roms is as traditional on the internet as downloading music, and if they were to arrest everyone who does it would surely lack jail. = P

When we talk about it, there are always a lot of issues, political, legislative and financial, but let's not deal with it here, let's deal with the possibility of emulating games.

Searching for ROMs on the Internet is not difficult and there are many specialized sites, we will still make some posts in the Linux Games series that will use emulators, and we will provide the ROM download link too! Arrest me if you want! xD

This is more a tip than a tutorial, first you will need to run Android inside Ubuntu.

To install Apps, simply use Google Play with a Google account to download them, or install APKs manually.

Blender, more than a free, high-quality 3D modeler is a game engine, and some games need it installed to run, but these are very specific cases, but we've already posted two that need Blender in the background to run like Dead Cyborg. Ep. 1 and 2 and YoFrankie.

And finally, the Humble Bundle, which is a game service / platform (especially the indies) that always brings a truly affordable game package, with some of the sales money going to game developers to encourage keep them going and another part goes to charity.

Now with all this explanation, I hope you can play any game you want without leaving your Linux.

I would like to say that this post has taken some work to be done and I tried to make it as complete as possible, I spent much of the day researching and writing. Share it with your friends and be sure to follow our series. Possibly this article is anchored in the games we post from now on.

Games for Linux: Because you can do anything you want, including being a gamer!