Discord is a voice over IP and messenger app widely used in the gamer community, whether it's gambling or even socializing with other users. The proprietary program, however, is distributed free of charge. With mobile versions for Androi and iOS, Windows, macOS, Linux and web browsers. Use on either smartphone or laptop / pc. 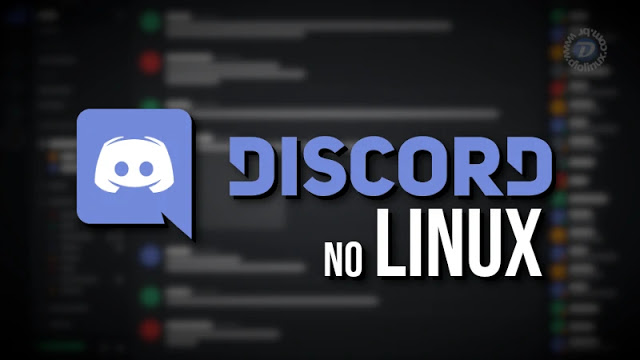 There are several ways to get Discord, today you will know some ways to use the program in Linux. Perhaps you are experiencing some problems with a specific version, worth the test.

Downloading directly from the official site

O Discord can be obtained directly from its official website.basically in the download section will have versions for the previously mentioned systems. In the case of Linux, two options are offered. The first in DEB format, for Ubuntu, Debian and derivatives. The second is a TAR.GZ file, to be executed in different distributions.

If you download the DEB version, install it by double clicking and following the usual steps. If you have already chosen the TAR.GZ version, you can run Discord via terminal, after extracting the file, going to your destination directory and running as per the example.

Give Discord binary execution permission (you can also do it via interface):

If you use Ubuntu and want the convenience of installing Discord directly from the store, it is in Snap format (on Snapcraft), so usually search for: Discord and install the app. 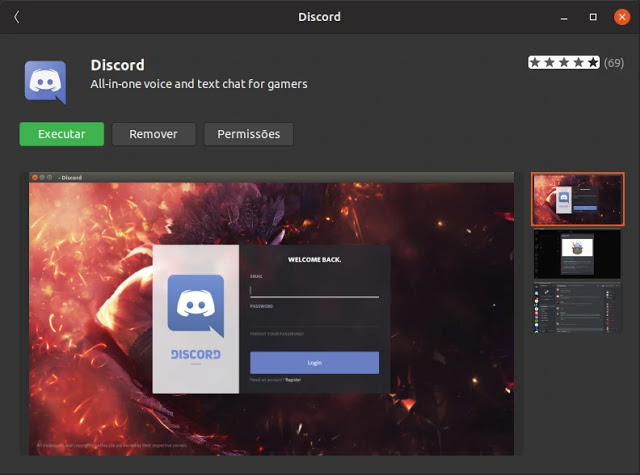 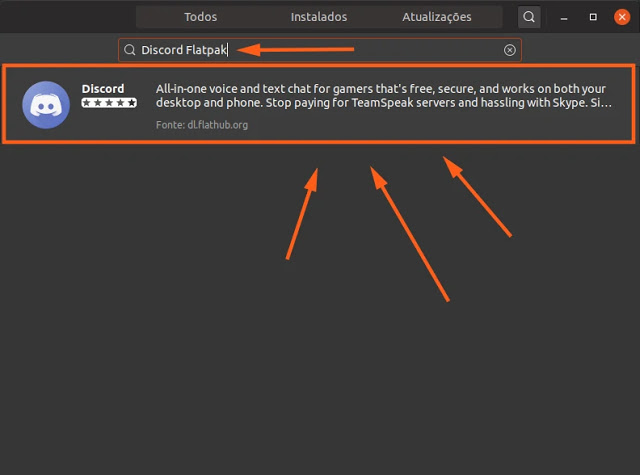 Other distributions may have Flatpak enabled, visit this link and see how. Via a very simple terminal, obviously, the Flathub repository must be enabled as well.

Adding Flathub to the system if you don't have the repository:

Now you know how simple it is to install Discord on your Linux distribution, there are several ways, through the store, via terminal, DEB, Snap, Flatpak, TAR.GZ, etc. You decide which one to use, equals your needs. I've used all of the above, and for convenience, I currently use via Snap on Ubuntu and also the app on my Android smartphone.