Facebook started releasing dark mode for the lite version of the social network, the lightest edition of the app for old phones, last week for Android phones. The night mode, which was long awaited by users, leaves the Facebook interface black for greater comfort when accessing the social network in dark environments or at night, preventing the brightness of the cell phone screen from irritating the eyes.

Facebook changes shortcut bar in the app and displeases users

Next, check out how to activate Facebook Lite dark mode on your Android phone. The procedure was performed on a Moto G7 Play with Android 9.0 (Pie), but the tips also apply to devices with the Google system. It is important to have the latest version of the application installed on your phone – learn how to update your apps. The Facebook Lite dark mode is not available for iPhone (iOS) users yet.

The Facebook Lite dark mode was announced in February in the United States, but the feature was only available to Brazilian users in the last week, according to reports on Twitter. The launch of dark mode still went unnoticed by many fans of Zuckerberg’s social network.

The dark mode in the main Facebook application has been in testing for a limited number of Android users since January, and there is no forecast for the feature to be released. Meanwhile, it is already possible to activate night mode on the desktop version of Facebook, and in the Messenger application.

I’m the only one who knew that Facebook lite had dark mode? oh, love kkkkkk

Open the Facebook Lite app and tap on the menu button. There, locate and activate the «Dark mode» option.

With the feature enabled, the application replaces the white background with dark gray. The text color is also changed to make it easier to read.

Ready! Take advantage of the tips to use the Facebook app more comfortably at night.

Via TechRadar and Android Police

Is it possible to download all the files of a group on Facebook at once? Find out in the dnetc Forum. 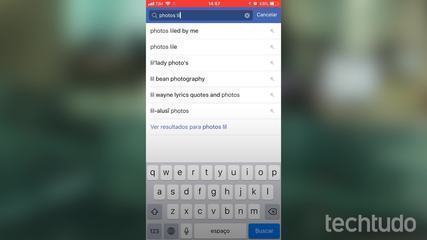 How to see what the person liked on Facebook via mobile