Who has one iPad Pro should look at the Smart connector and ask yourself: why is something so cool not avenged? If you don't have Ma's professional tablet and you have no idea what I'm talking about, I explain: these are three balls that are located on the left side of the tablet (when we're looking at it standing up in portrait mode) capable of transfer data and power between iPad Pro and some compatible accessory. That's without pairing with Bluetooth or anything just touching the accessory there and everything works.

For obvious reasons, the most famous accessory to use Smart Connector is Smart keyboard, Apple's own keyboard. When Apple launched the technology in parallel with the first 12.9-inch iPad Pro, however, it was thought that a short time later several manufacturers would embark on it and launch a sea of ​​accessories. Funny mistake: To this day, we have only a few Logitech accessories that make use of the Smart Connector, such as the CREATE keyboard case.

In CREATE's own review, we commented as follows: “Incidentally, curious how to date there are so few Smart Connector compatible products on the market; Logi really got a special deal for its iPad Pro accessories. ”

This week, the Fast company talked to some Apple accessory makers around the world and seems to have solved the mystery of the Smart Connector.

One of them (who preferred to remain anonymous) cited a very high lead time and high costs for Smart Connector components. “For a business like ours, we have to have a very fast product development cycle. When you have a long component wait time, which is close to six months, that's not sustainable. ”

Incipio has reported that since both Apple and Logitech themselves have their cases / keyboards, they are assessing the market's appetite for another iPad keyboard, identifying if there are any gaps they can fill. Roughly speaking, they are struggling to differentiate themselves and release something cool rather than simply running to release something just like what already exists.

They (Apple) are very cautious about what they do, and they want to make sure they are correct. One thing to develop something custom with a partner (Logitech), another thing to develop for a platform so others can use it.

It is worth commenting here a little noise that occurred when the Fast company talked to Del Toro. Initially, the director said the company was expecting Apple to issue test standards to companies other than Logitech, and said the necessary test components were not readily available. But then Del Toro stepped back from his claims and acknowledged that he had not yet completed developing a product with Smart Connector technology despite having been interested in doing so since the end of 2015. 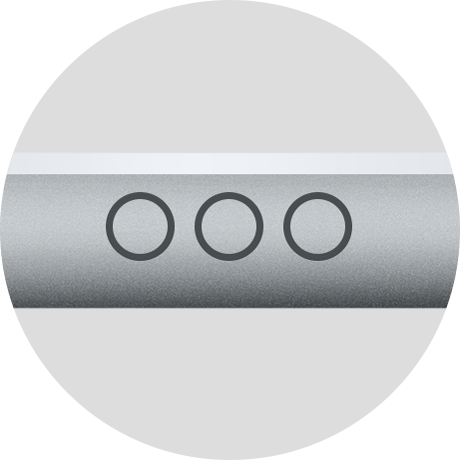 Other manufacturers, such as Brydge, have stated that the fact that you have to build something that necessarily needs to contact the three balls to work is very limiting. Therefore, they prefer to bet on products compatible with the same Bluetooth technology, opening a wider range of options (such as using the iPad standing). The company doesn't rule out using Smart Connector, but it probably would have to be for a different type of product.

Looking ahead, there is no reason for Smart Connector not to be considered in future Brydge products if the application is correct.

One of the possible negatives of a Bluetooth accessory would be the need for it to have an internal battery after all, unlike the Smart Connector, the iPad itself is not able to power these accessories (not necessarily having direct contact with them). However, this no longer seems to be a current problem, as Jeff Meek, senior product manager at Zagg, pointed out. “Our keyboards have a battery life of up to two years under average use, we don't see power as a significant bad point to be resolved through the connector.”

It is undeniable, however, that the possibilities with the Smart Connector are great. Like the matter of Fast company highlighted, we could see a keyboard that can charge iPad through a built-in battery or one with extra storage that integrates with the new Files app (Files) from iOS 11.

As good news, Apple confirms that many companies are now developing accessories with the Smart Connector and that in the not so distant future we can see these new accessories coming to market. 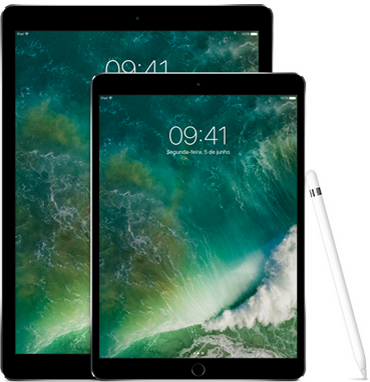